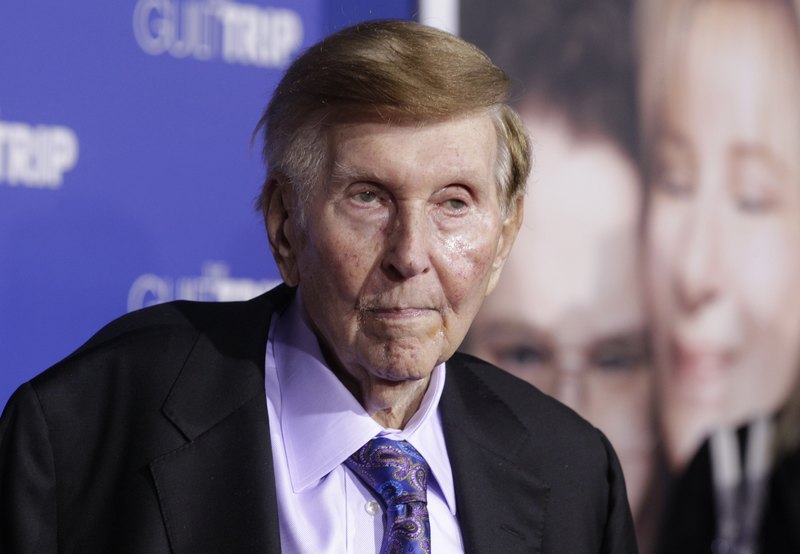 By Jessica Toonkel and Dan Levine

(Reuters) - Media mogul Sumner Redstone is planning to name National Amusements Inc general counsel Tad Jankowski to the seven-person trust that will determine the fate of both Viacom and CBS in the event of Redstone's incapacitation or death, sources familiar with the situation told Reuters on Sunday.

In addition, Redstone is set to name Jill Krutick, a family friend, to the trust, the sources said.

The 92-year old Redstone on Friday removed Viacom Chief Executive Philippe Dauman and Viacom board member George Abrams from both the trust and the National Amusements board.

Redstone is also discussing naming his granddaughter Kimberlee Ostheimer to the board of National Amusements, the sources said, requesting anonymity on grounds of not being permitted to speak to the media.

Jankowski, Krutick and Ostheimer could not immediately be reached for comment.

With the addition of Krutick and Jankowski, who has worked with Redstone's National Amusements since 1982, the trust appears to give Redstone's daughter, Shari Redstone, who is president and a board member of National Amusements, control to determine the fate of her father's $40 billion media empire. She is also on the trust and is vice chair of CBS and Viacom.

After Redstone dies or is incapacitated, the trust will determine all matters that come to a shareholder vote at both companies, including potential mergers or acquisitions.

The trust's members are Shari Redstone's son, lawyer Tyler Korff; David Andelman, another lawyer who is on the CBS board; Norman Jacobs, Sumner Redstone's divorce lawyer; and Leonard Lewin, an attorney who represented Redstone's first wife, Phyllis, in her divorce from Redstone.

Redstone removed Dauman and Abrams after he expressed concerns to them about Viacom's performance and received no response, according to a statement by Tu on Saturday.

A spokesman for Dauman on Friday night called the steps "illegal and invalid" in an emailed statement to Reuters.

Redstone's attorneys released a statement on Sunday saying Redstone opposed Dauman's plan to sell a stake in Viacom's movie studio, Paramount. Dauman has said he expects to announce a deal for the stake in June.