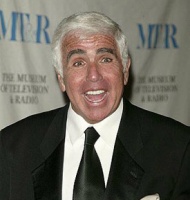 Churn and new vehicle conversion rate were flat at 1.9 percent and 45 percent, respectively.

On the company's conference call, CEO Mel Karmazin had a few positive comments, saying (not verbatim):Revs are expected to approach $3.4 billion, which is just ahead of consensus views calling for $3.38 billion in revs.

Ahead of the bell, Sirius is up nearly 2 percent. Traders will likely keep an eye on Pandora Media (NYSE: P), which is trading up 2.7 percent in the early session.