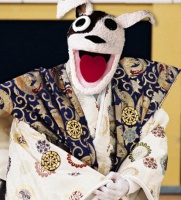 The Japanese stereotype of excessive courtesy is being confirmed by the actions of prime minster Shinzo Abe who is giving the world a free and timely lesson on the dangers of overly accommodative monetary policy. Whether or not we benefit from the tutorial (Japan will surely not) depends on our ability to understand what is currently happening there.

For now most economists still believe that Abe has stumbled upon the magic elixir of economic revitalization. His commitment to pull his country out of the mud by doubling the amount of yen in circulation, and raising the nation's official inflation rate to 2%, had conferred rock star status on the formerly bland career politician. But just one year after his first critical raves arrived, the audience is heading for the exits. As it turns out, the Japanese miracle may be a simple tale of confidence easily gained, and just as rapidly lost.

In many ways the 75% nine month rally in the Nikkei 225 (that began when Abe was elected prime minister in September 2012), and the subsequent crash that began on May 22, is not all that different from the turbocharged rally, and spectacular crash, that occurred in technology heavy Nasdaq more than a dozen years ago here in the United States.

At the time that Pets.com (the company behind the iconic Sock Puppet) made its IPO, other high flying tech stocks had racked up 1000% gains. While investors scratched their heads, pundits offered reasons why common sense no longer applied to the new economy. We were told that valuations, revenue and profits no longer mattered. And to an extent that now seems absurd, the investing establishment bought into the insanity. But then a funny thing happened, investors woke up and realized that they had nothing but a handful of magic beans that couldn't grow a beanstalk. When the fog lifted, stocks plummeted...Wile E. Coyote style.

This time around investors in the Japanese market were similarly deluded by fairy tales. Leading economists told them that Japan could cheapen its currency to improve trade, use inflation to create real growth, increase prices to encourage spending, and drastically increase inflation without raising interest rates. In short, monetary policy was seen as substitute for an actual economy.

Initially at least the economic data seemed to confirm the success of Abe's program. The leading indicator was the yen itself, which dropped like a stone. Given the widely held view that a weak currency is the key to economic success, the 25% decline in the yen was welcomed as good news. Soon thereafter, the inflation that Abe so eagerly sought began to materialize in various sectors of the economy. When the Nikkei reacted positively to these developments, momentum traders from around began to take notice, thereby creating self-fulfilling prophecy.

But it's no great trick to weaken a currency. Any two bit economy could accomplish that objective. For a nation like Japan that imports nearly all of its raw materials it was inevitable that a drastically cheaper yen would to push up prices. However the rest of the plan, the part about surging exports and growing economic activity, has been much harder to achieve. In fact the data has been downright disheartening. The plunging yen has failed to reverse Japan's weakening trade balance which has declined for 28 straight months. The trend finally sent Japan into an overall trade deficit 10 months ago for the first time in 30 years. The latest data confirms that while the yen value of exports has increased, actual trade volume has fallen.

While the broad economic data failed to impress, economists and investors were nevertheless hopeful that Abenonmics would eventually work its magic. But recently the bottom has fallen out in a way that should have surprised no one, but somehow managed to do just that. Beginning in April Japanese Government bonds began to sell off sharply. Previously, the Japanese government could borrow funds for 10 years at just 36 basis points.

The truth is that the sub 40 basis point yield on Japanese Government bonds was the most important data point for their economy. At those levels, Japan needed to spend 25% of its tax revenue to service its outstanding debt. While that figure is high, most it is manageable given Japan's high savings rate. However, with a national debt that exceeds 200% of GDP, the Japanese government could quickly become insolvent in the face of higher debt service costs. If rates on 10 year debt were to ever match the 2% of their inflation target, more half of total tax revenue would be needed to service debt payments.

But the central premise of Abenomics seems to be that the Bank of Japan could push up inflation to 2% without raises the rates on long-term debt. To do this one would have to assume that bond investors would accept negative interest rates, even while a falling yen was eating away at principle and returns on alternative investments would be expected to be more attractive. Such an outcome is not consistent with human behavior.

As a result, in late May a strong sell off in Japanese government bonds caused yields to nearly triple to almost 100 basis points on 10 year debt. And while one percent doesn't sound like much, it was the rapidity of the ascent that got everyone's attention. This grim, but very simple, reality seems to have hit Japanese stock investors with a panic unseen since Mechagodzilla took aim at Tokyo. Knowing that even moderately higher rates could counteract any economic gains made by stock market or export growth, the faith in Abenomics has seemed to evaporate almost overnight. Sounds a little like the dot-com bubble, doesn't it?

Any more rapid escalation in Japanese bond yields should tell us that quantitative easing and growth through devaluation is a cul-de-sac that should be avoided. Japan should be our canary in the coal mine. In the meantime, the drama in Japan is diverting attention away from more important shifts in Asia, more of that in our latest newsletter.