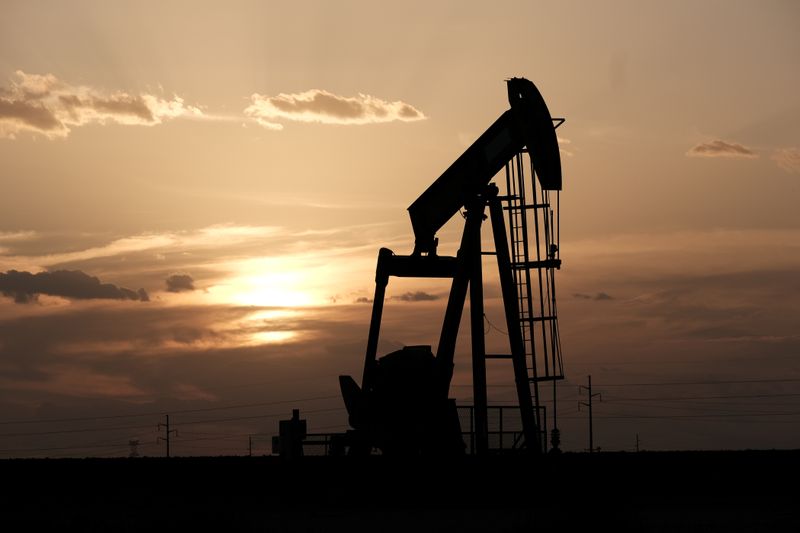 Last week, the Organization of the Petroleum Exporting Countries and associated producers like Russia agreed to deepen output cuts from 1.2 million barrels per day (bpd) to 1.7 million bpd to support prices.

However, a Dec. 15 deadline for the next round of U.S. tariffs on Chinese imports weighed on markets.

"Now that the producers announced a production cut last week, the market is holding just below three-month highs," said Gene McGillian, director of market research at Tradition Energy. "Without a U.S.-China trade deal, the market is having trouble heading into a new leg in this rally."

U.S. President Donald Trump does not want to implement the next round of tariffs, U.S. Agriculture Secretary Sonny Perdue said on Monday - but he wants "movement" from China to avoid them.

The Wall Street Journal reported that officials from both sides were laying the groundwork for a delay of a fresh round of tariffs.

Also the growth rate of China's imports of major commodities has accelerated in recent months, indicating Beijing's stimulus efforts may be bearing fruit and that the impact of a trade war may not be as bad as feared.

But investors remained on edge ahead of other events this week, with the British election on Thursday and U.S. and European Central Bank meetings.

On Tuesday, U.S. House Democrats agreed to support a separate U.S.-Mexico-Canada trade agreement after a year of negotiations, clearing the way for ratification by the Congress this year. The trade deal must also still be approved by the Canadian parliament.

U.S. crude oil inventories were expected to have dipped last week, while stocks of refined products were seen higher with gasoline stocks set to rise for the fifth straight week, a preliminary Reuters poll showed.

The American Petroleum Institute (API), an industry group, is scheduled to release its data for the latest week at 4:30 p.m. EST (2130 GMT) on Tuesday, and the weekly EIA report is due at 10:30 a.m. on Wednesday.

(Reporting by Jessica Resnick-Ault in New York; Additional reporting by Bozorgmehr Sharafedin in London and Roslan Khasawneh in Singapore; Editing by Marguerita Choy and Matthew Lewis)