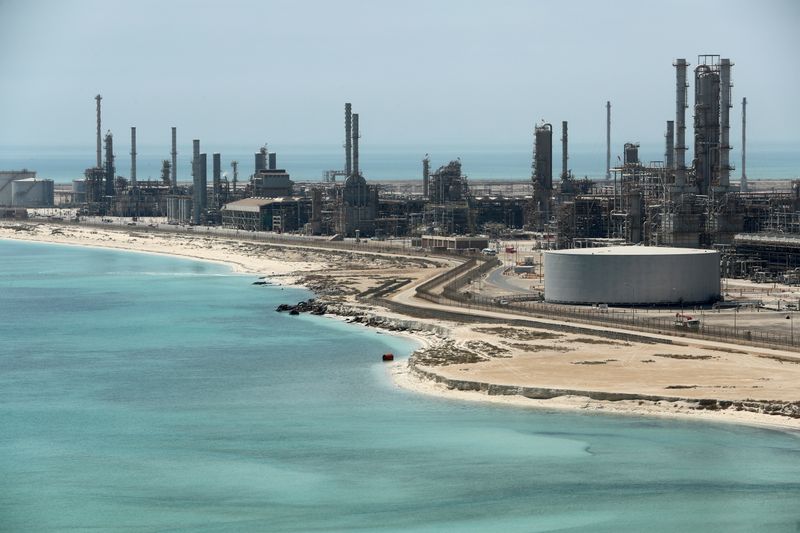 Production at U.S. factories fell by the most in seven months in September as an ongoing global shortage of semiconductors depressed motor vehicle output, further evidence that supply constraints were hampering economic growth.

"The oil market started off with a lot of exuberance, but weak data on U.S. industrial production caused people to lose confidence in demand, and China released data that intensified those worries," said Phil Flynn, senior analyst at Price Futures Group in New York.

Both contracts rose by at least 3% last week.

U.S. production from shale basins is expected to rise in November, according to a monthly U.S. report on Monday. [EIA/RIG]

The early push higher on Monday came as market participants looked to easing restrictions after the COVID-19 pandemic and a colder winter in the northern hemisphere to boost demand.

"Easing restrictions around the world are likely to help the recovery in fuel consumption," analysts at ANZ Bank said in a note, adding gas-to-oil switching for power generation alone could boost demand by as much as 450,000 barrels per day in the fourth quarter.

"The oil market deficit seems poised to get worse as the energy crunch will intensify as the weather in the north has already started to get colder," he said.

"As coal, electricity, and natural gas shortages lead to additional demand for crude, it appears that won't be accompanied by significantly extra barrels from OPEC+ or the U.S.," he said.

Prime Minister Fumio Kishida said on Monday that Japan would urge oil producers to increase output and take steps to cushion the impact of surging energy costs on industry.

Global trade has swiftly recovered from pandemic lows, Bank of America commodity strategist Warren Russell said in a note. Trade levels are up 13% year to date, and 4% higher than 2019 levels. The trade indicates rising crude demand as economies recover from the pandemic, the analysts said.

"Financial assets like oil should perform strongly into 2021," the analysts said.