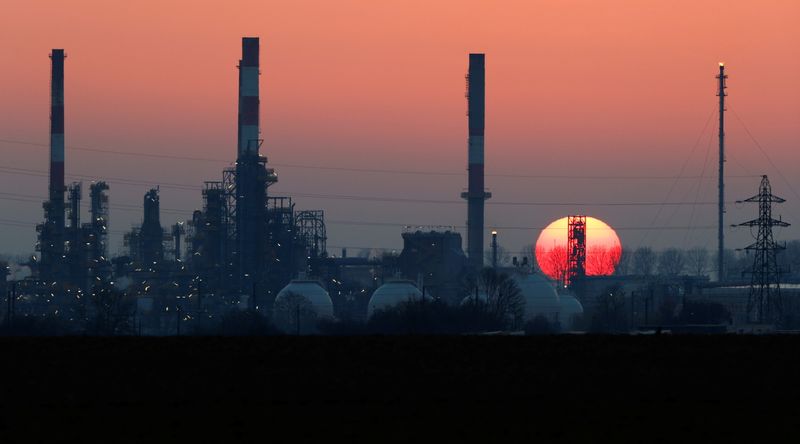 NEW YORK (Reuters) - Oil prices edged lower in rangebound trade on Friday on rising supplies from major producers and concerns over a mixed picture on the COVID-19 pandemic's impact on fuel demand.

Downward pressure has been exerted by the decision of the Organization of the Petroleum Exporting Countries (OPEC) and its allies, known as OPEC+, to increase supplies by 2 million barrels per day between May and July.

"Favorable oil demand prospects are being largely offset by the expected increase in OPEC + production that could be approximating 2 million barrels per day by the end of July," said Jim Ritterbusch, president of Ritterbusch and Associates in Galena, Illinois.

Renewed lockdowns in some parts of the world and problems with vaccination programs could threaten the oil demand picture.

Stephen Innes, chief global markets strategist at Axi, said oil prices are expected to trade in a range between $60 and $70 as investors weigh these factors.

"There's real push-pull in the market based on vaccination acceleration, increased production and new lockdowns, which is why we are moving sideways," said John Kilduff, partner at Again Capital LLC in New York.

Talks to bring Iran and the United States fully back into the 2015 nuclear deal are making progress, delegates said on Friday, but Iranian officials indicated disagreement with Washington over which sanctions it must lift.