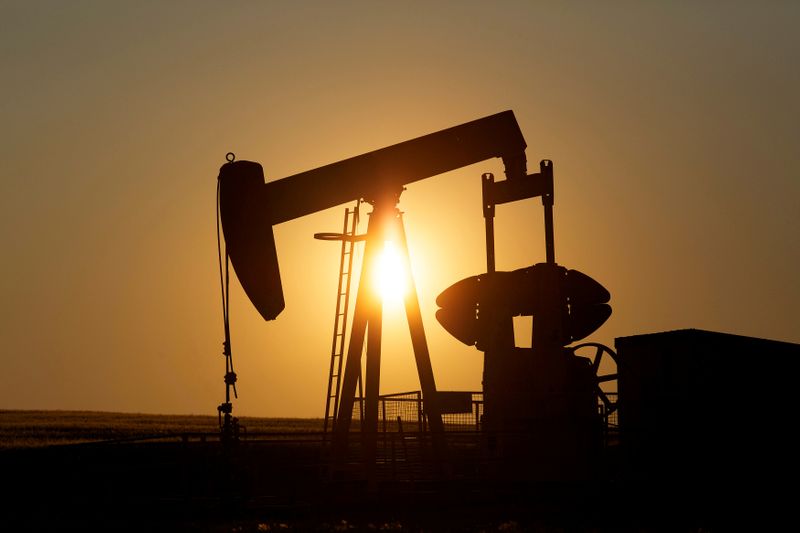 NEW YORK (Reuters) - Oil slumped on Tuesday in the face of swelling crude supplies and weak fuel demand due to the coronavirus pandemic, while investors also grew cautious over expectations that the world's biggest producers would quickly agree on output cuts.

The top global suppliers of crude, including Saudi Arabia and Russia, plan to meet on Thursday to discuss reducing output, but several energy ministers have said they will do so only if the United States joins in with its own cuts, sources told Reuters.

"The market is indicating that it wants some more certainty on whether the Russians and Saudis will strike a deal to limit supply," said Gene McGillian, vice president of market research at Tradition Energy in Stamford, Connecticut.

On Tuesday, the U.S. Department of Energy, noting new monthly forecasts, pointed out that production is already dropping without government involvement.

Any final agreement on how much the Organization of the Petroleum Exporting Countries and its allies, known collectively as OPEC+, will curb output would depend on volumes that producers such as the United States, Canada and Brazil are willing to cut, an OPEC source said on Tuesday.

OPEC+ has been curtailing production in recent years even as U.S. producers ramped up output to make the country the world's biggest crude producer.

U.S. President Donald Trump on Monday said OPEC had not asked him to push domestic oil producers to cut production to buttress prices. He also said U.S. output was already declining in response to falling prices.

U.S. crude production is expected to fall by 470,000 barrels per day (bpd) and demand is set to drop by about 1.3 million bpd in 2020, the U.S. Energy Information Administration (EIA) said.

U.S. motor gasoline consumption will reach some of the lowest levels in 20 years in the second quarter of 2020, it said.

For an interactive graphic tracking the global spread of the coronavirus open https://graphics.reuters.com/CHINA-HEALTH-MAP/0100B59S39E/index.html in external browser