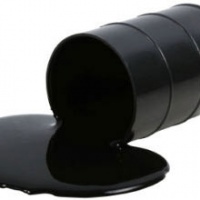 LONDON (Reuters) - Oil fell below $63 a barrel on Wednesday after Greece defaulted on its debt to the International Monetary Fund while U.S. and OPEC production hit new highs, prompting concern about risks to the economic outlook and ample supply.

As well as Greece becoming the first developed economy to default on an IMF loan, oil came under pressure from a surprise gain in U.S. crude stocks reported by the American Petroleum Institute (API) and the prospect of higher Iranian oil exports.

"The oil market is being literally flooded with OPEC crude oil at present," said Carsten Fritsch, analyst at Commerzbank.

"If the nuclear negotiations with Iran are brought to a positive conclusion, there is also the 'threat' of additional oil reaching the market from Iran."

World powers and Iran are holding talks in Vienna on their nuclear dispute. A deadline for an agreement has been extended until July 7.

"Greece is an additional risk factor, but I am more focused on Vienna than on Athens right now," said Olivier Jakob, oil analyst at Petromatrix in Zug, Switzerland.

"The API showed a crude oil stock increase, so more bearish than the consensus."

The dollar gained in response to the latest developments in Greece's debt crisis. A stronger dollar makes commodities more expensive for holders of other currencies and tends to weigh on oil prices.

The report by industry group API, as well as a jump in production by the Organization of the Petroleum Exporting Countries (OPEC) and the United States, weighed on prices.

U.S. crude inventories rose by 1.9 million barrels in the latest week, the API reported on Tuesday ahead of the government's weekly supply data due at 1430 GMT (10:30 a.m. EDT). Analysts expected crude stockpiles to have declined.

OPEC supply rose to a three-year high of 31.60 million barrels per day in June, according to a Reuters survey on Tuesday, led by record Iraqi exports.

"With these strong growth rates, OPEC supply growth is now challenging non-OPEC supply growth," analysts at JBC Energy in Vienna wrote. "The uptick comes on the back of a massive increase in Iraqi production."