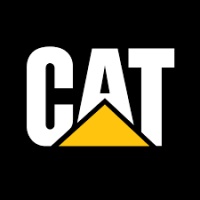 JPMorgan downgraded Caterpillar (NYSE: CAT) from Neutral to Underweight with a price target of $80.00 (from $95.00). Analyst Ann Duignan pointed out its oil and gas exposure, which accounts for 12% of revenue. He also noted its indirect exposure to US construction and to countries with economic ties to oil. This combined exposure implies that 30% of Caterpillar's revenue could come under pressure.

"CATâs oil/gas direct exposure is about $6.5B, or ~12% of total revenue. It provides products and services across a broad range of the global exploration and production value chain. For example, the company supplies turbines (Solar brand) to offshore rigs for primary power as well as domestic gas compression/distribution, and it supplies reciprocating engines and transmissions for on-site drilling. It also supplies construction equipment which is used in infrastructure development as well as aftermarket and services provided to large multinational customers," said Duignan.

"Our analysis suggests that since 2010 US construction equipment demand has been strongly correlated with the expansion of fracking and, as a result, we would expect to see a slowdown in equipment demand in 2015. NA construction represents about 17% of CATâs revenue and while much of this demand is in regions not exposed to oil/gas, we estimate that up to 5% of its total revenue may be leveraged to oil/gas states," said Duignan.

"Additionally, its Resource Industries revenue represents about 17% of its revenue and is exposed to Canadian Oil Sands where we would also expect a significant slowdown in demand; we estimate that Oil Sands represents up to 3% of total revenue. Finally, emerging markets and the Middle East combined represent ~45% of its revenue (JPMe) with SA representing ~14% of revenue and the Middle East ~15% (JPMe), both regions are likely to be under pressure from lower oil prices. Finally, the stronger dollar may also weigh on CATâs competitiveness against its international competitors and, given that senior executive compensation is based partly on market share, we would expect pricing to come under increasing pressure as we go forward," he added.

Shares of Caterpillar closed at $91.88 yesterday.