T-Mobile (TMUS) Partners with SpaceX on to Boost Remote Service 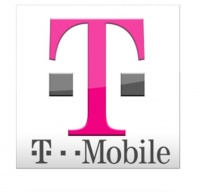 T-Mobile (NASDAQ: TMUS) will partner with SpaceX to provide phone service connectivity to people when traveling in areas that have a lack of coverage or where it is spotty.

They said the service will launch next year, working with existing phones that have popular T-Mobile plans for free, while customers with lower-priced plans may have to pay a fee. In addition, it will be rolled out in phases.

While it is still early, the companies aim to start beta testing late next year and begin with text messaging, including SMS, MMS, and messaging apps, followed later by voice and data usage.

Reacting to the news, Truist Securities analyst Greg Miller, who has a Buy rating and $175 price target on T-Mobile, said in a note that they believe both companies will likely initiate a platform and invite messaging partners to participate and work collaboratively to ensure the system runs smoothly.

"We do not believe the launch of the program is to replace/upgrade the existing 5G network, but rather to complement the existing cellular system and provides critically important coverage in areas where people are not able to receive any cell phone signal due to technical difficulties, cellular technology is struggling with — the goal is to 'end mobile dead zones,'” wrote Miller.

"Overall, we believe the initiative is positive for both companies. We remain constructive with T-Mobile as we believe the company will take incremental share in the wireless industry and broadband space (with its FWA products)," the analyst added. "We believe the program announced last evening represents another effort to provide connectivity service to people in the hardest-to-reach areas."