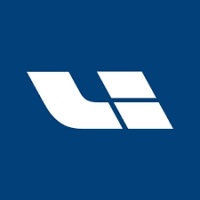 On August 15th, during a conference call following Li Auto's (NASDAQ: LI) second quarterly earnings report, an analyst asked if Li Auto was offering an RMB 7,000 ($1,030) discount on insurance purchases for the Li ONE.

Li Auto is the latest EV maker to offer incentives after XPeng (NYSE: XPEV) began offering a RMB 15,000 discount for ordering the XPeng P7, and RMB 10,000 for both the P5 and G3i.

Orders for the Li ONE saw a slowdown as consumers were enticed by the new SUV Li L9. The L9 was released on June 21st and management expects deliveries to exceed 10,000 in September.

In the early days of the Li L9's launch, Li Auto did not seem to think the model would eat into the Li ONE's share. However, in the past two months the management’s concerns shifted.

Adding to the troubles surrounding the L9’s cannibalization of the Li ONE, Deutsche Bank analyst Edison Yu believes speculation about the Li L8 could have a bigger impact.

In fact, the company just introduced a 7k RMB promotion this past weekend to help boost Li ONE orders”

He Lei, CEO of local car site Xchuxing, posted about the vehicles on Weibo on August 14, saying “Those who want to buy the Li ONE now can wait a bit longer, as the new Li L8 will be available soon.”

And it seems as though people are waiting. According to data shared by a Weibo car blogger, Li Auto vehicles had just 800 insurance registrations from August 1-7, down 74 percent from the previous week and down 55 percent from the first week of August last year.