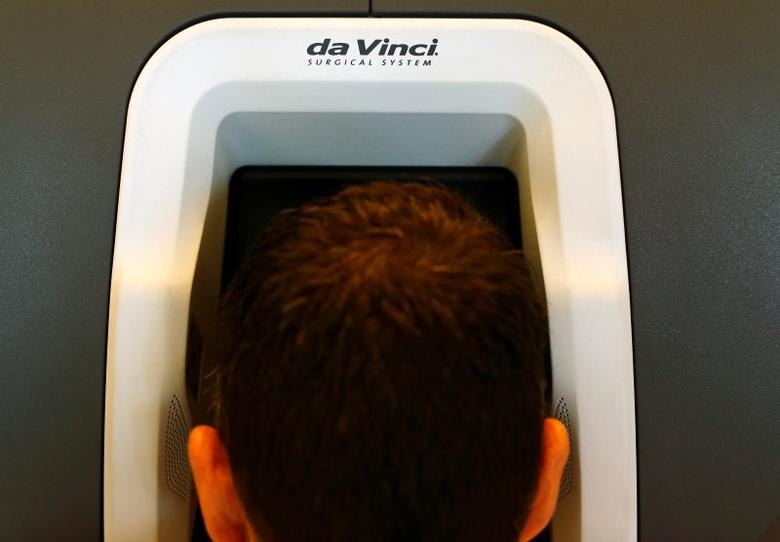 Shares of Intuitive Surgical (NASDAQ: ISRG) are up over 4% in pre-open trading Wednesday after the company crushed earnings expectations set by analysts for its first quarter.

ISRG made a profit of $3.52 per share to easily beat the $2.64 per share expected from the market analysts, according to FactSet. While the Street was expecting revenues of $1.11 billion for the quarter ending in March, ISRG said it recorded $1.29 billion in sales. On a year-to-year basis, earnings and revenues soared 30.9% and 18%, respectively.

The company adds that global da Vinci procedures rose by around 16% compared with Q1 2020, to top the 9.2% rise expected by surveyed analysts. ISRG shipped 298 da Vinci Surgical Systems, representing an increase of 26% year-over-year, to increase the installed base of da Vinci systems by 8% to 6,142.

Oppenheimer analyst Suraj Kalia upgraded to âPerformâ from âUnderperformâ on strong 1Q results and better post-COVID outlook. He admits he was âdead wrongâ on ISRG, hence the bank is temporarily moving aside.

âOur Perform rating is based on a fundamental belief that 1) Operating Leases are driving US placements; 2) Competitive headwinds ahead; 3) Instrument price cuts a defensive move; 4) Low tax rate is driving EPS growth; and 5) Valuation is ~2x its large-cap peers,â the analyst said in a note.

Baird analyst Michael Polark is more bullish on ISRG as he upgrades from âNeutralâ to âOutperformâ with a price target of $925.00 per share.

"We risked being cute launching at a Neutral rating on the environmental setup. It proved a reasonable decision as ISRG shares have underperformed the S&P 500 and NASDAQ by 8% since. However, from here, Outperform seems the better rating. Intuitive smashed 1Q estimates and reinstated guidance for first time since pandemic onset. Compares ahead are extraordinarily easy, volumes improved throughout 1Q and exited March nicely, and, more importantly, we believe this is a good company still innovating at a rapid clip with plenty of runway ahead,â Polark wrote in a memo.

As Citi analyst Joanne Wuensch already has a âBuyâ rating on ISRG, she reiterated this stance on strong Q1 which reflected a recovery in procedure volumes and daVinci placements. Her price target was lifted to $939 from $862, which is a new 'Street High'.

âWhile we may debate how much of the delivery reflects pent up demand and the forward pathway to recovering procedures, it seems that despite the ongoing pandemic, hospitals are return to normal procedure volumes, and investing in da Vinci,â the analyst says in a note sent to clients.

Wuensch adds that the strong 1Q delivery provides her with âconfidence that the corner has been turned in procedural recovery (and robotic utilization).â