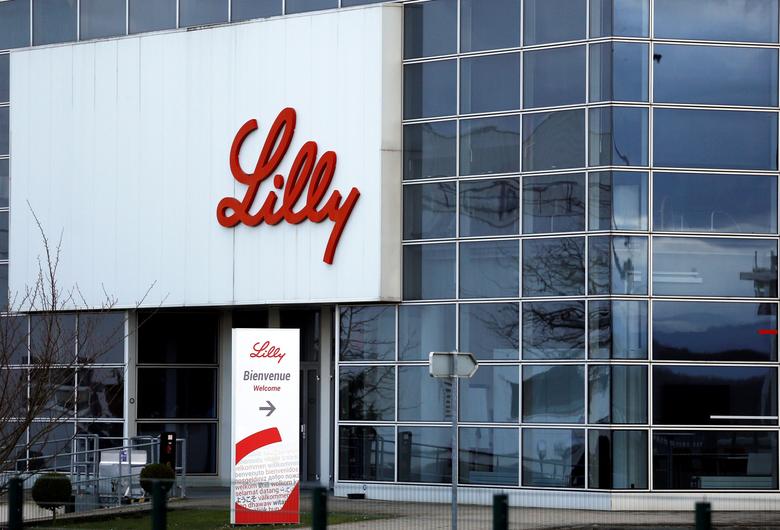 Shares of Eli Lilly and Company (NYSE: LLY) are up over 9% in todayâs trading session after the company obtained the Breakthrough Therapy designation by the U.S. Food and Drug Administration (FDA) for donanemab, the companyâs investigational antibody therapy for Alzheimer's disease (AD).

This designation is granted to companies in a bid to accelerate the development and review of therapies meant to treat serious conditions when preliminary clinical results show that the relevant drug is ahead of already available therapies that have received full FDA approval.

Donanemab is an investigational antibody treatment developed by Lillyâs that targets a modified form of beta-amyloid named N3pG. In its Phase 2 trial, the company studied the efficacy and safety of the drug in patients with early Alzheimerâs disease.

Stifel analyst Paul Matteis says the designation has âmultiple implications for the sector.â Shares of Biogen (NASDAQ: BIIB) are down over 5% on LLY news.

âLLY's plans to file donanemab this morning for accelerated approval later this year is somewhat surprising to us from a timing perspective, not because of the efficacy data (good enough relative to Adu), but because we were unsure whether the FDA would be comfortable with the size of the safety dataset. This has multiple implications for BIIB (incrementally negative) and the abeta space,â the analyst said in a note.

âOn the one hand, it increases competition for BIIB: LLY's actual clinical data are less confusing, and Biogen is mired in a string of bad press regarding pricing; competition could drive down the net price. Meanwhile, it also may impact the multiple that investors put in anti-amyloid agent revenues in general. Biogen has 9 years to complete its confirmatory trial; however, LLY's second donanemab study is ongoing and may readout considerably sooner, and may set up as a relevant catalyst, positive or negative, for the plight of both drugs.â

Mizuho analyst Vamil Divan raised the price target on the Buy-rated LLY to $250.00 per share from $216.00 per share as âit is difficult to argue why donanemab would NOT be approved, given the speed and depth of plaque clearance donanemab demonstrated in TRAILBLAZER-ALZ and prior studies.â

âWe increase our probability of donanemab's regulatory approval to 90% (from 60%), assuming an accelerated approval will be based on amyloid plaque clearance, something donanemab has already consistently demonstrated. We also move up our donanemab launch to the start of 2023 (from 2024), but acknowledge this could even prove to still be a little conservative. However, we note that BIIB has guided to only âmodestâ revenues this year after its June 7 approval, so would assume fairly limited donanemab sales in 2022 even if Lilly gets an approval in the middle of the year. On the other hand, Lilly may be able to leverage some of what BIIB is doing now to secure coverage and access for anti-amyloid therapies, allowing for potentially more rapid market uptake. Lilly would also have the potential advantage of having confirmatory clinical data much sooner than BIIB, given their TRAILBLAZER-ALZ 2 trial is ongoing, with recruitment expected to be completed by year-end and full data expected by mid-2023,â Divan writes in a report on LLY.

âWe now estimate donanemab probability-adjusted sales of ~$11Bn in 2030, with room for further upside given the size of the Alzheimer's market. Our donanemab estimate changes drive our Lilly price target to $250 (from $217), with room for upside on a faster approval, a higher price (we currently assume $30K net per patient per year in the US and $15K in the EU and Japan), more rapid market uptake and/or higher peak sales. Our price target based on a 75%/25% blend of discounted cash flow (DCF) valuation at $259 and relative valuation at $222. Our DCF is based on cash flows forecasted through 2030, along with a 6.5% discount rate and a 0.5% rate of terminal growth. Our relative valuation is based on a 30.0x multiple of 2021 P/E using our estimate of Lillyâs 2021 EPS.â

Lilly plans to apply for the biologics license (BLA) for donanemab under the expedited approval pathway later in 2021 based on data from Phase 2. The safety and efficacy of the drug are also being assessed in the ongoing Phase 3 study.