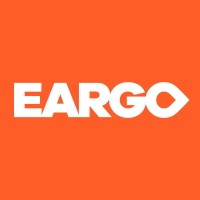 Eargo (NASDAQ: EAR) stock is down over 55% in pre-open Thursday after the company announced it is a subject of the DOJ investigation.

A criminal investigation was opened by the DOJ connected to insurance reimbursement claims the Company has submitted on behalf of its customers covered by federal employee health plans, the company said.

âAs previously disclosed, the Company has been the subject of an ongoing claims audit by an insurance company that is the Companyâs largest third-party payor,â EAR said in the filing.

Eargo stock took another hit as the company was forced to withdraw its full-year guidance. Moreover, Eargo stock plunged further after this announcement prompted analysts at JPMorgan and Wells Fargo to downgrade the Eargo stock.

As a result, Marcus delivered a two-notch downgrade to Underweight from Overweight with a price target going from $44.00 per share to $11.00.

âThe company will still sell to an insurance patient but is holding on to claims until it can find a resolution, with management highlighting that without submitting claims at 2Q sales levels translates to almost ~$20M in cash per quarter as it awaits resolution. The company has enough cash on hand to sustain the business for two to three years at this rate, but we believe a resolution in the short to midterm is unlikely and will likely force the company to restructure and better appropriately size spending. With such a large portion of go-forward revenues tied to a highly unpredictable and hard to diligence binary event, and with no timelines for resolution, we expect shares to underperform our coverage universe,â Marcus said in a client note.

Wells Fargo analyst Lawrence Biegelsen downgraded the Eargo stock from Overweight to Equal Weight with a price target of $10.00.

Prior to this sharp move lower, the Eargo stock was down almost 50% YTD.