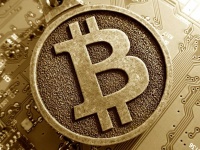 Given that Bitcoin exchange Mt Gox reportedly lost 744,000 Bitcoins, or about 4 percent of all the Bitcoins in existence, there are some serious questions about viability of the new digital currency. While supporters of Bitcoin are being quick to dismiss the Mt Gox situation as "growing pains," Citi's Forex Head, Steven Englander, sees major damage to Bitcoin in general.

Englander said the damage to bitcoin is twofold:

1. "This is the latest and biggest in a series of losses to Bitcoin holders that can be viewed as related to fraud or poor security. Moreover, the risk seems to have been known for years without the Bitcoin developers instituting a complete fix." He asks whether the decentralized structure, which is the attraction to many, makes it too cumbersome to enact essential fixes.

2. "The second issue is that the security of Bitcoin transactions was thought to be impregnable and turned out not to be. Earlier security questions had centered around everything except the possibility that there might be a fraudulent transactions record. The imperviousness to fraud was one the big attractions of Bitcoin and the surprise exploitation of a known defect is a setback. Now it looks like just another payments system that has to worry about fraud."

Englander also notes there are other known issues such as the possibility that a coalition of miners with enough power to alter the ledger is formed. "It was thought that 51% of mining power would be needed, but the number looks to be much lower," he said. "And the specialization, risk sharing and economies of scale of mining appears to be encouraging concentration of mining activity. Bitcoin advocates argue that the mining community is too ethical to engage in 'selfish mining' but others do not discount the possibility as readily."

The risk to Bitcoin is real, the strategists said. Those risks are: is 1) that the man (and store) on the street lose confidence in the security of transactions and the safety of Bitcoin holdings; 2) that other digital currencies with better features eat away at brand name Bitcoin's franchise; and 3) competition emerges from conventional financial institutions using generic bitcoin technology, without the decentralization and within the conventional regulatory framework.

The strategist adds, "Bitcoin's market cap on paper by far exceeds that of the competition, but the ability to translate Bitcoin wealth to wealth in other forms is very limited. There are many Bitcoin holders heavily invested in Bitcoin's success and it has a first mover advantage. However as a store of value, its only value is reputational, and recent developments have shaken that reputation."