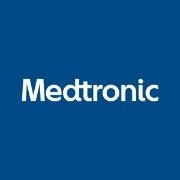 Hambright first highlights that CEO Geoff Martha has been increasingly vocal about his "bigger is not necessarily better" philosophy and has talking about potential divestitures shortly after he took over as CEO in April 2020.

The analyst doesn't see many "easy" divestitures that could move the needle but on a larger breakup explored what scenario could look like if the company spins the Diabetes and Medical Surgical (including Hugo) businesses.

"To believe that this hypothetical scenario would unlock value for shareholders, we think you have to believe that if the surgical robotics and diabetes businesses were independent/focused entities, that would improve their chances to succeed," the analyst commented. "We do believe this. Focus usually wins. And speaking of focus, the "new Medtronic" in this scenario - which would bear a striking resemblance to the old Medtronic before Minimed and Covidien acquisitions - would be liberated to focus on what they do best. This is the company that gave the world the pacemaker, after all, and then found lots of other nails to hit with that hammer (e.g., defibrillators, spinal cord stimulation, deep brain stimulation). Who would have thought Medtronic could build a leadless pacemaker that's the size of a vitamin (see Micra) 93% smaller than traditional pacers? If Medtronic is freed up to spend a larger percentage of their time, energy, and R&D dollars on businesses where their subject-matter expertise is the deepest, that could only be a good thing for the company."

The analyst reiterated a Buy rating and $122.00 price target on MDT.