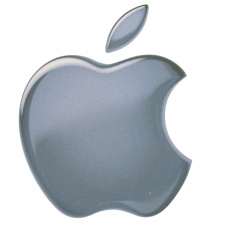 "The CS Asia Technology Team has confirmed in their most recent November survey (see note: Asia Feedback: stagnation continues) that the iPhone supply chain orders will be weaker than originally forecast. In our view, the continued weak supply chain news could weigh on Apple shares for the next few weeks/quarters. We continue to believe that with high retention rates, continued installed base growth, and the optionality of a smaller 4-inch iPhone, Apple remains an OP."

The firm's Asia team confirmed that Apple has lowered its component orders in November and are now expecting builds of 70-75mn in December and 45-50mn in March (note the March estimate includes as much as 4mn iPhone 6c). The cuts seem to be driven by weak demand for the new iPhone 6s.

Despite the cuts and near-term pressure, the analyst said this is not the end for iPhone growth citing three factors: "First, based upon our installed base analysis, we believe that iPhone installed base will grow to 615mn over time driven by its recent expansion (24% in the past year). Second, the new installment plans over time will drive higher units long-term. Third, we note that Apple's recent capex guidance and purchase obligations suggest our iOS units have 25% upside (providing further evidence that it will launch a 4-inch screen device)."

The analyst also believes a new lower-end iPhone, which is expected to be launched in 1H16, could be around $0.62 additive to CY17 EPS and could drive iPhone units towards 265mn long-term, even allowing for cannibalization of 4%.

The firm maintained an Outperform rating and price target of $140.00