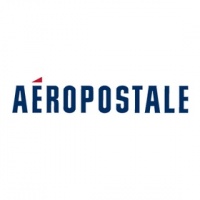 Crescendo Partners sent a letter to the board of Aeropostale, Inc. (NYSE: ARO) urging the company immediately purse a sale.

A Copy of the Letter:

Crescendo Partners, together with its affiliates (âCrescendoâ), is a significant stockholder of AÃ©ropostale, Inc. (âAÃ©ropostaleâ or the âCompanyâ). We initially invested in AÃ©ropostale because of the strength of its brand name, the opportunity for the Company to execute a plan to restore margins and its compelling valuation. Based on what we perceived to be extremely undervalued shares, we were not surprised when Sycamore Partners, a private equity firm specializing in consumer and retail investments, filed a 13D in September disclosing ownership of approximately 8% of the Companyâs outstanding shares.

Although AÃ©ropostale has embarked on a turnaround to improve same-store sales (SSS) trends and close underperforming stores, we think that there is a fair amount of execution risk associated with performing this turnaround in the public market. Therefore, we believe that the Company should immediately commence a strategic process to sell itself. In addition, Crescendo Partners intends to nominate directors for the upcoming 2014 Annual Meeting of Stockholders (the â2014 Annual Meetingâ).

We were initially attracted to AÃ©ropostale for several reasons, including the following: