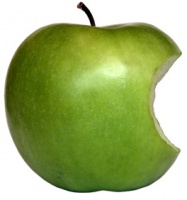 Despite concerns going into the quarter, Apple (Nasdaq: AAPL) smashed estimates for its second quarter.

Gross margin was 47.4 percent compared to 41.4 percent in the year-ago quarter. International sales accounted for 64 percent of the quarter’s revenue.

The Company sold 35.1 million iPhones in the quarter, up 88%. This beat the Street consensus of 30.5 million.

"We're thrilled with sales of over 35 million iPhones and almost 12 million iPads in the March quarter," said Tim Cook, Apple's CEO. "The new iPad is off to a great start, and across the year you’re going to see a lot more of the kind of innovation that only Apple can deliver."

Apple which is normally very conservative on guidance said they expect third quarter revenue of about $34 billion and diluted earnings per share of about $8.68. This compares to the consensus of $37.4 billion and $9.93.