My Little Pony Makes its Mark on the Metaverse

NEW YORK, Sept. 29, 2022 /PRNewswire/ -- My Little Pony trots into Roblox with new game, "Visit Maretime Bay," in celebration of new episodes of My Little Pony: Make Your Mark, now on Netflix. The experience recreates the iconic series setting of Maretime Bay, a seaside town destination where everyone is welcome, and self-expression runs free. In a first of its kind twist, upon entering the game, players' Roblox avatars will undergo a magical transformation into a customizable pony avatar—a feature unique to the "Visit Maretime Bay'' experience that enables fans to go beyond the screen and fully immerse themselves in this world of friendship, fun and adventure. "When we started to imagine how My Little Pony would show up in the metaverse, it was really important for us to stay true to our core values of friendship, self-expression, and celebrating each other's uniqueness," said Jessica Murphy, SVP Entertainment Brand Marketing, Entertainment One. "We're pushing what's possible on Roblox through a novel experience that allows kids and their parents to transform their typical avatar into a Pony, allowing them to become part of the story as they interact with our characters. And, we're focused on ensuring that our fans enjoy Maretime Bay in a free, safe environment."

Hasbro's diligence in developing a secure experience for kids includes elimination of both the chat feature as well as any monetization through Robux (Roblox's premium currency). However, a robust in-world crystal-based economy can be used to redeem even more customizations for a user's pony avatar, providing seemingly endless opportunities for self-expression in "Visit Maretime Bay."

Once they've created their custom pony, players will have free rein to explore the many activities that the experience has to offer, from collecting crystals to taking selfies with the Mane 5 ponies. By playing a series of minigames and exploring Maretime Bay, players can earn badges inspired by the ponies' cutie marks, which draw upon the unique personality traits of the show's beloved characters. Plus, players can "earn their wings" and other limited edition accessories for their Roblox avatar's inventory such as the "Sparky the Dragon" shoulder pet, allowing them to continue their self-expression outside of the "Visit Maretime Bay" game.

The Roblox activation is part of My Little Pony's integrated "Visit Maretime Bay'' campaign, developed in partnership with Media.Monks, which positions the fictitious show location as the hottest new vacation spot that families can visit without leaving home. The campaign also includes a partnership with Tripadvisor, and marks the first time the travel company has partnered with a kids entertainment brand. While browsing the Tripadvisor platform, Maretime Bay is listed as an actual family vacation destination with attractions one can experience by watching the series on Netflix. Plus, parents can look out for "Visit Maretime Bay" creative ads for the My Little Pony: Make Your Mark series in their social feeds via TripAdvisor and My Little Pony handles.

Coinciding with the "Visit Maretime Bay'' campaign, Hasbro is furthering My Little Pony's brand promise of friendship and self-expression by supporting organizations that bolster the confidence of young girls. A partnership with Girl Scouts of the USA, now in its second year, will feature a fun patch that Daisy and Brownie troops across the country can earn when they complete Girl Scout and My Little Pony challenges. My Little Pony will also celebrate girls everywhere by sponsoring Rebel Girls' upcoming Rebel Girls Fest: Be the Change at bookstore events across the US and Canada in October.

Following an incredible brand transformation that spans multi-platform animated content, including nearly 500 minutes of original animation dropping in 2022 alone, new music, the first ever official My Little Pony podcast, toys, apparel, accessories, cross-category products and more, My Little Pony is leveraging new technology, adapting to meet their audience everywhere they are, and encouraging self-expression amongst a new generation of fans.

ABOUT MY LITTLE PONYSince launching in 1983, MY LITTLE PONY has catapulted from an iconic toy into a worldwide entertainment universe with multiple verticals including toys, games, licensed consumer products, publishing, music, a thriving YouTube channel, digital gaming, live experiences and much more. In September 2021, MY LITTLE PONY: A NEW GENERATION launched on Netflix and introduced the next generation of ponies to a new generation of kids. The feature-length film became the #1 kids property upon launch and was awarded the Common Sense Media Seal for Families. This success continued in 2022 with the launch of two new series: MY LITTLE PONY: TELL YOUR TALE, an inventive, comedic 2D animated series on YouTube, and MY LITTLE PONY: MAKE YOUR MARK, a dazzling 3D animated series on Netflix whose inaugural special debuted on the "Kids Top 10 List". These new projects announced a new era for the brand, with a renewed focus on inspiring viewers to explore, express and celebrate what makes them unique. Kids can see themselves reflected in this new generation of ponies, whose diverse interests and storylines match their own. With an array of fresh, expanded touchpoints that span new music, a podcast, fashion and interactive experiences amongst other categories, children can engage with their beloved pony characters. For more information on MY LITTLE PONY, please visit: https://mylittlepony.hasbro.com

ABOUT HASBROHasbro (NASDAQ: HAS) is a global play and entertainment company committed to Creating the World's Best Play and Entertainment Experiences. From toys, games and consumer products to television, movies, digital gaming, live action, music, and virtual reality experiences, Hasbro connects to global audiences by bringing to life great innovations, stories and brands across established and inventive platforms. Hasbro's iconic brands include NERF, MAGIC: THE GATHERING, MY LITTLE PONY, TRANSFORMERS, PLAY-DOH, MONOPOLY, BABY ALIVE, POWER RANGERS, PEPPA PIG and PJ MASKS, as well as premier partner brands. Through its global entertainment studio, eOne, Hasbro is building its brands globally through great storytelling and content on all screens. Hasbro is committed to making the world a better place for all children and all families through corporate social responsibility and philanthropy. Hasbro ranked among the 2020 100 Best Corporate Citizens by 3BL Media, has been named one of the World's Most Ethical Companies® by Ethisphere Institute for the past nine years, and one of America's Most JUST Companies by Forbes and JUST Capital for the past four years. We routinely share important business and brand updates on our Investor Relations website, Newsroom and social channels (@ Hasbro on Twitter and Instagram, and @HasbroOfficial on Facebook.) 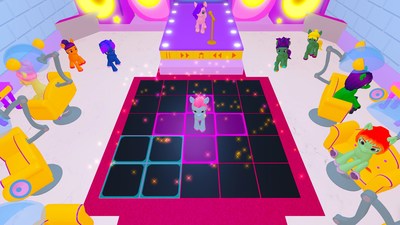 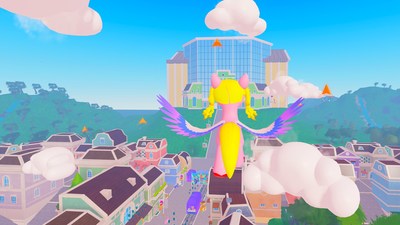 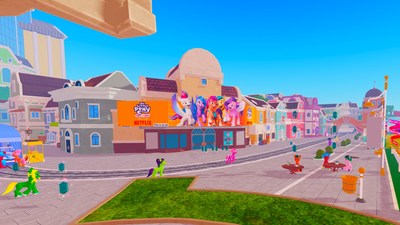