GENYOUTH, IN PARTNERSHIP WITH FRITO-LAY AND THE PEPSICO FOUNDATION, ANNOUNCES TICKET SALES FOR SUPER BOWL LVI's 2022 TASTE OF THE NFL The National Football League (NFL) will donate a portion of event proceeds to GENYOUth's End Student Hunger Fund, which is dedicated to providing equipment and resources to help deliver and distribute school meals to the 30 million students nationwide who rely on them for their daily nutrition needs. The NFL has also earmarked a portion of funds as a donation to support the Super Bowl host city's Los Angeles Unified School District and its Kool Kitchens renovations program, a district-wide initiative addressing student food insecurity.

True to the organization's PepsiCo Positive commitment, The PepsiCo Foundation is partnering with GENYOUth's End Student Hunger Fund to address childhood hunger on a national level and to bring local support to the Los Angeles community through a partnership with Para Los Niños to provide nutritious weekend meals to students over the next year. This effort is part of Food for Good, PepsiCo's global goal to help 50 million people gain ready access to nutritious foods by 2030.

"Frito-Lay is committed to the communities in which we live and work. Our commitment to Los Angeles through this program is to renovate kitchens in five Los Angeles Unified School District schools, with the goal of increasing students' school meal participation by 15 percent," said Steven Williams, CEO, PepsiCo Foods North America. "As we deliver food equity and nourishment to students who need it most, we're making a positive impact and helping to build the foundation for a brighter future."

Additional funds raised by Taste of the NFL will also support school meal programs in NFL Club markets across the nation.

Taste of the NFL will be held on February 12, from 12 p.m. to 4 p.m. PST, at the renowned Petersen Automotive Museum in Los Angeles. Guests will be able to indulge in a true culinary joyride including delicious food and cocktail experiences, and celebrity appearances. Innovative chefs and committed child hunger advocates Andrew Zimmern, Carla Hall, Tim Love, Mark Bucher and Lasheeda Perry, along with other top culinary talent including Deanna Colon, Derrick Fox, Evan Inada, and local Los Angeles area chefs from The PepsiCo Foundation IMPACTO Hispanic Business Accelerator and Black Restaurant Accelerator programs, will take center "kitchen" with incredible Super Bowl culinary demonstrations. In addition, a thought-provoking Equality Lounge® at Taste of the NFL presented by The PepsiCo Foundation will bring together thought leaders from the NFL, social justice organizations and the food and beverage industry to represent viewpoints with diversity of thought, perspective and experience to highlight the importance of equity, inclusion and fair play from the gridiron to the business next door.

Taste of the NFL, an outdoor and indoor event which will take place at the spacious Petersen Automotive Museum, will be held in compliance with all COVID-19 health, safety and social distancing guidance from the Centers for Disease Control, California Department of Public Health, the NFL, and the Los Angeles Super Bowl LVI Host Committee.

For football and foodie fans who will not be in Los Angeles for Super Bowl LVI, a Taste of the NFL @Home stream offers a "homegating" option on Super Bowl Sunday, February 13th, featuring a special Chalk Talk hosted by Emmy-award winning sportscaster James "JB" Brown. Guests will include legendary sports greats including NASCAR's Bubba Wallace, Olympians Allyson Felix and Lindsay Vonn, and a well-known NFL star.

"One in 6 U.S. kids lives in food insecurity. As a result of the pandemic, schools are feeding more kids, more meals, in more locations and at more times of the day than ever," explained Alexis Glick, CEO of GENYOUth. "We need to do everything in our power to support schools in Los Angeles and nationwide as they remain crucial community anchors in fighting food insecurity. With the incredible support of our presenting sponsors Frito-Lay and the PepsiCo Foundation, our founding partners America's Dairy Farmers and the NFL, and our amazing chefs, NFL players and sports super stars who are generously giving their time and treasure, Taste of the NFL will help End Student Hunger NOW!"

PepsiCo's multi-faceted support has been critical to helping GENYOUth in its mission to build healthier school communities, including providing over $5 million since 2009 to support fighting child hunger and food insecurity. In 2022, PepsiCo is providing $1 million in funding support to GENYOUth and Taste of the NFL, including funding the Los Angeles Unified School District Kool Kitchens renovations program, and high needs schools in other PepsiCo and NFL club markets through GENYOUth's End Student Hunger Fund. Encompassing everything from a Quaker Oats partnership for breakfast-equipment grants to schools; to serving as a founding partner of the Spanish-language version of GENYOUth's flagship program, Fuel Up to Play 60 en Español; to the involvement of PepsiCo's Healthy Living Initiative "Ready, Step, Move…Give!" in expanding GENYOUth's Grab 'n' Go school breakfast cart program (creating over 10 million school breakfast opportunities); to its commitment to realizing zero hunger through its Food For Good Program, PepsiCo plays a critical role in advancing a more equitable domestic and global food system to ensure the communities in which they serve have food security and access to nutritious meals.

Taste of the NFL and GENYOUth

Founded in 1992 by Wayne Kostroski, Taste of the NFL has for 31 years been on the front lines of raising awareness and generating funds to fight hunger and food insecurity, with PepsiCo providing support throughout the years. 2022 marks the second year for GENYOUth as the event's charitable partner. Funds raised for GENYOUth by the 2021 Taste of the NFL in Tampa helped deliver almost 1.5 million school meals per day impacting almost 250,000 students.

"GENYOUth, a long-standing NFL nonprofit partner, has for more than a decade been leading the charge to improve youth health and wellness through its Fuel Up To Play 60 program with America's Dairy Farmers, and its NFL FLAG-In-Schools programs," said Peter O'Reilly, NFL Executive Vice President, Club Business & League Events. "We are proud to once again partner with GENYOUth on Taste of the NFL to raise urgently needed funds in the fight against food insecurity. This year's events – live and virtual – will safely give NFL and food fans a true Taste of the NFL and underscore our commitment to helping schools in our NFL communities support providing meals to their students."

"As a long-standing advocate, board member and culinary host of Taste of the NFL, I consider it a privilege to support GENYOUth and its mission to help feed our nation's kids. With amazing food, incredible celebrity guests, and surprises around every corner, this year's Taste of the NFL event will be big, bold and delicious," said Andrew Zimmern, Emmy award-winning TV personality, chef, Taste of the NFL culinary host, and recently appointed Goodwill Ambassador for the UN World Food Program.

Taste of the NFL tickets are $1,000 each for General Admission and $1,500 each for VIP tickets, which includes exclusive access to the VIP lounge, special tours of The Vault at the Petersen Automotive Museum, and meet and greet opportunities with NFL players, chefs and special guests. To purchase tickets for the Taste of the NFL live event and to learn more about Taste of the NFL @Home stream on Super Bowl Sunday, visit www.TasteoftheNFL.com.

About Taste of the NFL

Since 1992, and every year since, Taste of the NFL has teamed up with many of the country's top chefs and creatively partnered them with the NFL's greatest players to raise money in support of food banks and food insecurity efforts throughout the United States. To date, Taste of the NFL programs and events have raised and donated millions of dollars to nonprofit organizations addressing food insecurity in Super Bowl Host cities and the 32 NFL Club markets, providing more than an estimated 220 million meals for Americans in need. Taste of the NFL brings together exceptional cuisine, prominent chefs, and food influencers from around the country, NFL players, coaches, legends and fresh ideas, all to support the fight against hunger.

GENYOUth is a 501c3 nonprofit organization that creates healthier school communities. We convene a network of private and public partners, including Fortune 100 companies and foundations, to raise funds for youth wellness initiatives that give youth the inspiration, motivation, and programs to be healthy high-achieving students. GENYOUth's flagship program, Fuel Up to Play 60, enrolls over 73,000 U.S. schools, reaching over 38 million students. Our school nutrition grants increase access to healthy school meals among food insecure students. NFL FLAG-In-School is GENYOUth's fastest growing program with over 20,000+ school communities reaching over 11 million students. AdVenture Capital brings out the entrepreneurial spirit and creativity of students with the support of corporate mentors to solve real world problems. And starting in 2021, GENYOUth is the official charitable partner of Taste of the NFL, a purpose-driven Super Bowl culinary experience which raises awareness and generates funds to fight hunger and food insecurity. For more information on GENYOUth, visit www.genyouthnow.org.

PepsiCo products are enjoyed by consumers more than one billion times a day in more than 200 countries and territories around the world. PepsiCo generated more than $70 billion in net revenue in 2020, driven by a complementary food and beverage portfolio that includes Frito-Lay, Gatorade, Pepsi-Cola, Quaker, Tropicana, and SodaStream. PepsiCo's product portfolio includes a wide range of enjoyable foods and beverages, including 23 brands that generate more than $1 billion each in estimated annual retail sales. Guiding PepsiCo is our vision to Be the Global Leader in Convenient Foods and Beverages by Winning with Purpose. "Winning with Purpose" reflects our ambition to win sustainably in the marketplace and embed purpose into all aspects of our business strategy and brands. For more information, visit www.pepsico.com.

About The PepsiCo Foundation

Established in 1962, The PepsiCo Foundation, the philanthropic arm of PepsiCo, invests in the essential elements of a sustainable food system with a mission to support thriving communities. Working with non-profits and experts around the globe, we're focused on helping communities obtain access to food security, safe water, and economic opportunity. We strive for tangible impact in the places where we live and work—collaborating with industry peers, local and international organizations, and our employees to affect large-scale change on the issues that matter to us and are of global importance. Learn more at www.pepsico.com/sustainability/philanthropy.

Founded on Skid Row in 1980, Para Los Niños provides education and wraparound support to over 10,000 of L.A.'s neediest children, youth, and families each year. PLN fosters pathways to success by striving for excellence in education, family support, and comprehensive social-emotional, and community-based services. 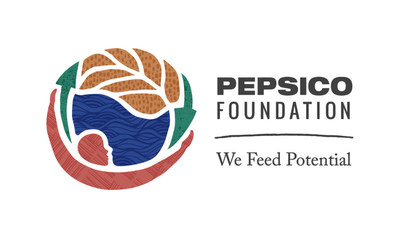 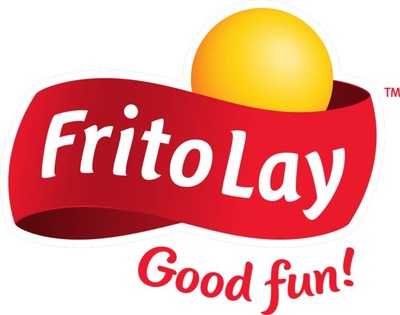