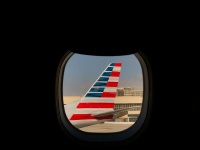 By Tracy Rucinski and Sanjana Shivdas

"It's really all about the MAX. It's the only thing we're dealing with," Southwest Chief Executive Gary Kelly told investors after taking a $175 million hit to operating income in the second quarter from the MAX grounding.

"Everything else is rock solid," Kelly said, pointing to rising revenues and cost management, excluding costs related to roughly 150 daily flight cancellations as the airline manages its operations with a slimmer fleet.

Those costs are set to rise in the second half of the year, the airline said.

Southwest and American Airlines Group Inc (NASDAQ: AAL) are the two largest U.S. MAX operators, with 34 and 24 jets respectively and dozens more on order. Carriers that rushed to buy Boeing's fuel-efficient jets to open new and longer routes have been reeling from a global grounding in March that followed two fatal crashes in Ethiopia and Indonesia.

American, the No. 1 U.S. airline, said it expected the grounding to hit its 2019 pre-tax earnings by about $400 million, about $50 million more than it had previously forecast.

The timing of the MAX's return to service is still uncertain.

The acting administrator for the U.S. Federal Aviation Administration, which must approve Boeing's software fixes and new pilot training before the MAX can fly again, said on Thursday the timeline would be driven by one criteria: safety.

Based on guidance from Boeing, Southwest extended MAX-related cancellations until Jan. 5, 2020, saying it will need one to two months following regulatory approval to train pilots and prepare the jets for fresh commercial service.

It had previously removed the MAX jets from its flying schedule through early November, a timeline that American maintained on Thursday, despite skepticism by analysts.

Shares in American were down about 4.7% on Thursday while Southwest gained 1.6%, recovering from opening losses.

Lacking planes, Southwest said it was freezing new pilot hires and upgrades and ceasing service from underperforming Newark, where it had up to 20 daily departures, to consolidate its New York City service at nearby LaGuardia in early November.

However, the airline is resuming its growth plans in California and Hawaii next month, Kelly said. The airline cannot afford competitively to wait any longer, he said.

The low-cost carrier launched Hawaii flights this year. To help service that expansion, it is delaying the retirement of seven 737-700 aircraft.

Still, Southwest said its flying capacity will now fall by as much as 2% this year, a reversal from its earlier forecast of 5% growth. American's capacity will still grow in 2019, the airline said, but at a slower rate than originally planned.

Both Southwest and American said they have held discussions with Boeing about MAX-related damages but have not reached any conclusions.

Boeing, which posted its largest-ever quarterly loss on Wednesday and warned it may have to halt 737 MAX production, has taken a $4.9 billion charge linked to customer compensation.

With fewer planes flying in a strong domestic air travel market, airlines have been able to charge more for seats, leading to stronger rises in unit revenues, based on per available seat mile, for American and Southwest as well as its main rivals.

That trend is expected to continue into the third quarter

American's total operating revenue rose 3% to $11.96 billion in the second quarter from a year earlier, while Southwest's grew 2.9% to $5.9 billion, a quarterly record for both.

American said it was extending the lifespan of some of its other 737 models as well as some 757s and A320s. But aside from MAX woes, American is also dealing with about a dozen daily cancellations it attributes to work slowdowns by its two main mechanics unions, which need new contracts.

The unions have denied an intentional slowdown and the issue is being disputed in court, though American Chief Executive Doug Parker said he was determined to get a labor contract in place.