AT&T's wireless network covers more than 99% of all Americans and has become the fastest wireless network in the nation, according to the first quarter 2019 results from tests taken with Speedtest® and analyzed by Ookla®.2

In 2018, AT&T made 375 wireless network upgrades in the Austin-Round Rock-San Marcos area.

"Our hundreds of millions of dollars invested in the Austin-Round Rock-San Marcos area will help continue to drive innovation and growth in this burgeoning technology hub," said AT&T Director Erin Burget. "The further deployment of FirstNet, the public safety communications network will better protect the health and safety of the region's residents. As one of the markets with mobile 5G in parts of our city, we're excited to continue improving coverage in this region and contribute to its success."

This investment also supports our introduction of mobile 5G in parts of Austin.

Additionally, for the 5th consecutive year we've landed on Fortune magazine's list of the "World's Most Admired" companies. It's also the 6th year in a row we've appeared on the Global Top 50 list – no other telecom company made the Top 50.

Building upon our current and planned investments in Austin-Round Rock-San Marcos, we continue to extend the reach and increase the capacity of the FirstNet communications platform:

- Deployed Band 14 spectrum in more than 600 markets nationwide, including Austin. Band 14 is high-quality spectrum provided by the First Responder Network Authority. Its signal covers larger geographic areas with less infrastructure to better support rural communities, and it can better reach in-building in more urban areas as compared to higher-MHz spectrum.- Austin first responders enjoy the fastest overall experience on FirstNet, compared to any commercial network in the nation, thanks to the specialized capabilities enabled by the physically separate and dedicated FirstNet network core, like always-on priority and preemption.3- Public safety agencies subscribed to FirstNet have 24/7 access to a nationwide fleet of 75 deployable network assets. These assets can either be deployed for planned events or called upon in emergencies to help first responders stay connected and operate faster, safer and more effectively when lives are on the line.

FirstNet is built with AT&T in a public-private partnership with the First Responder Network Authority – an independent agency within the federal government. This helps ensure that the FirstNet communications platform and service offerings meet the short- and long-term needs of the public safety community.

Our internet offerings We now market a 1 gigabit connection4 on our 100% fiber network to more than 12 million locations across 85 major metro areas nationwide. In the Austin area, we market our internet service powered by AT&T FiberSM to more than 260,000 customer locations.

We plan to reach about 14 million locations across at least 85 metro areas by mid-2019 for consumers.

We are the largest U.S.-based provider of fiber for business services. There are over 500,000 U.S. business buildings lit with AT&T FiberSM, and we're adding thousands more each month.

To learn more about our wireless coverage in Austin-Round Rock-San Marcos or anywhere in the U.S., go to the AT&T Coverage Viewer. For updates on the AT&T wireless network, please go to the AT&T network news page.

Cautionary Language Concerning Forward-Looking StatementsInformation set forth in this news release contains financial estimates and other forward- looking statements that are subject to risks and uncertainties, and actual results may differ materially. A discussion of factors that may affect future results is contained in AT&T's filings with the Securities and Exchange Commission. AT&T disclaims any obligation to update or revise statements contained in this news release based on new information or otherwise.

*About AT&T Communications We help family, friends and neighbors connect in meaningful ways every day. From the first phone call 140+ years ago to mobile video streaming, we innovate to improve lives. We have the nation's fastest wireless network.** And according to America's biggest test, we have the nation's best wireless network.*** We're building FirstNet just for first responders and creating next-generation mobile 5G. With DIRECTV, DIRECTV NOW and WatchTV, we deliver entertainment people love to talk about. Our smart, highly secure solutions serve nearly 3 million global businesses – nearly all of the Fortune 1000. And worldwide, our spirit of service drives employees to give back to their communities.

**Based on analysis by Ookla® of Speedtest Intelligence® data average download speeds for Q1 2019. ***According to America's biggest test as announced by Global Wireless Solutions last fall..

FirstNet® and the FirstNet logo are registered trademarks of the First Responder Network Authority.

To define a market, we rely on the Core Based Statistical Areas (CBSA), as established by the United States Office of Management and Budget. Minor differences, if any, between annual totals reflect annual updating of market boundaries in our record systems.

From FORTUNE Magazine. 2019 Time Inc. FORTUNE© and The World's Most Admired Companies® are registered trademarks of Time Inc. and are used under License. FORTUNE and Time Inc. are not affiliated with, and do not endorse products or services of, AT&T. 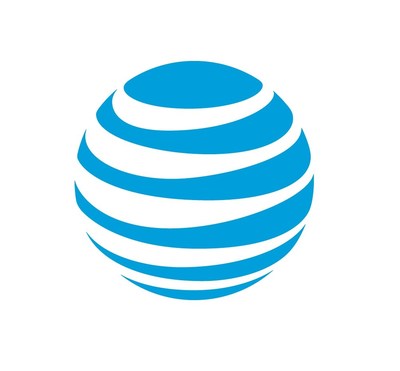