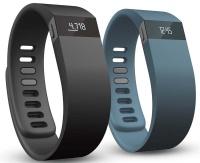 "Checks indicate Charge 2, Fitbit's flagship holiday product, is off to a slow start. Inventory is accumulating in the channel and sell-through is below initial Blaze/ Alta levels. We are raising our Q3 estimates on strong channel fill but lowering Q4 and 2017 on weaker demand, and downgrading to Underweight. We think FIT's utility problem persists, making growth more challenging and tilting risk/ reward more unfavorable," said Erickson.

The analyst added, "We spoke with 15 big box retailers in the United States now that Charge 2 has hit full distribution. Our checks are already finding meaningful inventory accumulation in the channel; more than two weeks of inventory is on hand. While sell-through should ramp meaningfully as the holiday nears, Charge 2 run rates are below where Blaze and Alta began earlier this year, which is a disappointing start, in our view. Based on current run rates and inventory, we estimate the company likely shipped in 600,000-800,000 Charge 2 units in Q3."

Shares of Fitbit closed at $16.70 yesterday.