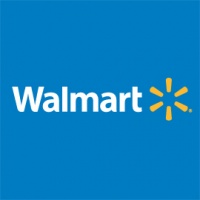 The company provided guidance for EPS and updated its estimate for fiscal year 2016 sales growth.

"Given the investments we're making in our worldwide e-commerce initiatives and in our associates through higher wages and training, we expect operating income to be pressured in fiscal 2016," said Charles Holley, Wal-Mart Stores, Inc. chief financial officer. "We will invest approximately $0.02 per share in the first quarter and approximately $0.20 per share for the full year in the new wage structure, comprehensive associate training and educational programs. Our incremental investment in global e-commerce initiatives will range between $0.06 and $0.09 per share this year. Together, we're investing between $0.26 and $0.29 per share for these initiatives in fiscal year 2016.

"Along with these significant investments, we expect ongoing headwinds from currency exchange rates during the year. We also consider economic conditions in our various markets and our estimated tax rate in establishing our guidance ranges for the year," added Holley. "After evaluating these factors, we are forecasting earnings per share for the full year of fiscal 2016 to range between $4.70 and $5.05. For the first quarter, EPS will range from $0.95 to $1.10."

This guidance compares to $1.10 per share Walmart reported for the first quarter of fiscal 2015 and $4.99 per share for the full year. In addition, Holley said that if currency exchange rates remain where they are today, this would cause a negative impact to fiscal year 2016 net sales of approximately $10 billion, as well as a negative impact on operating income of around $0.10 per share.

"Given the potential impact of currency headwinds, we expect that our fiscal year 2016 sales growth will be between 1 and 2 percent, versus the 2 to 4 percent we provided at our October investor conference," said Holley. "Our capital expenditure guidance of $11.6 billion to $12.9 billion, which includes investments for stores and e-commerce, remains unchanged. Our net square footage store growth target, excluding future acquisitions, remains unchanged at 26 to 30 million square feet for this year."