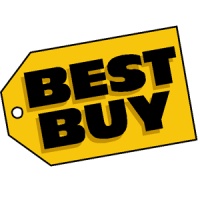 KeyBanc analyst says, "While we are more cautious on fundamentals for the Company in 2008 and 2009, we believe valuation and the increased likelihood of a Circuit City (NYSE: CC) bankruptcy and store closures present a compelling opportunity...As described in our Circuit City section below, we believe a Circuit City bankruptcy has become a question of "when" rather than "if." We now expect bankruptcy in 2009, perhaps as early as the 1Q. The wild card in the equation remains vendors. If one major vendor were to cut off Circuit City, we would expect others to quickly follow suit. There are two notable benefits that have emerged for BBY. First, we believe a bankruptcy will occur sooner due to the challenging consumer environment. Second, we believe the likelihood that Circuit City can emerge from bankruptcy and its remaining number of stores post-bankruptcy are diminished by the weakening environment. In the long run, this works to BBY's advantage."