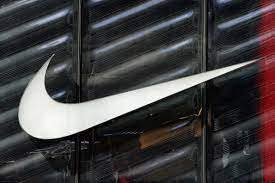 Investing.com -- Tech stocks led a rally on Wednesday as investors put a losing streak behind them despite worries about global growth slowing.

In multiple appearances this week, Federal Reserve officials have made it clear they want interest rates to stay higher for longer than investors previously thought in order to tame inflation. They acknowledge that there may be some pain involved along the way.

The Fed’s Chair Jerome Powell has talked about steering the economy toward a soft landing, which means cooling it off without big job losses and a recession. Some high profile investors see a gloomy future ahead.

Stanley Druckenmiller said Wednesday that he sees a “hard landing” by the end of next year. Former Treasury Secretary Larry Summers said a hard landing is more likely.

Another print of the gross domestic product number for the second quarter is due out Thursday and could tell investors which way the wind is blowing.

Here are three things that could affect markets tomorrow:

At 8:30 ET (12:30 GMT), another reading of second quarter GDP comes out. Analysts are expecting it to say the economy contracted 0.6% from the first quarter.

Also at 8:30 ET investors will see the second quarter reading on core PCE prices, which analysts expect to see rose 4.4%.

Apparel makerNike Inc (NYSE: NKE), which has had supply chain and production issues in China in recent quarters, will report earnings. Analysts expect EPS of 92 cents on revenue of $12.3 billion.