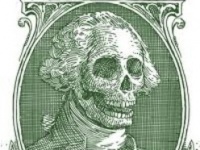 While stocks are surging Wednesday after the fiscal cliff deal, Oppenheimer Chief Market Technician, Carter Worth, called the S&P 500 "dead money." The thesis is a continuation of a view that began in late November. Worth reasons that the S&P 500, at best, is likely to remain stuck at the 1,400 - 1,430 level for weeks and might head back down to 1,350.

"The primary issue we have with the market is the large and growing number of 'Bullish-to-Bearish' Reversals found among important super cap stocks composing the S&P 500," said Worth.

Worth reviewed the chart patterns of a dozen of marquee names and points out that all have taken on "rollover casts" with their respective smoothing mechanisms flattening or already sloping down.

With regards to the S&P 500 itself, the analysts described it as "walking the line [and] trying to maintain its uptrend."

"Any weakness in the intermediate period ahead and it becomes much harder to claim that the market's upward trajectory is intact. We ourselves are skeptical," concluded Worth.