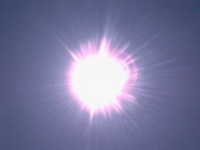 Oncothyreon (Nasdaq: ONTY) 40.7% HIGHER; not hearing any company-specific news today. Volume is extremely heavy in this issue, however. Shares have already changed hands more than 150,000 times, about 600% the average daily volume of 21,000. As the stock broke over the $2 level for the first time since September of last year, traders may be buying the stock for technical reasons.

FirstCity Financial (Nasdaq: FCFC) 35.7% HIGHER; shares are continuing higher today following a 38% rise yesterday on the back of the company's Q4 results. The company reported a GAAP loss of $3.53, down sharply from last year's loss of $0.12, but sales for the quarter rose to $11 million, compared to sales of $11 million in Q407. Shares of FirstCity have traded about 200,000 times today, which compares to the stocks average daily voulme of just 5,000 shares.

Polaris Acquisition (Amex: TKP) 28.9% LOWER; announced that late yesterday afternoon it received shareholder approval and completed its merger with HUGHES Telematics, Inc. In connection with the merger, Polaris was renamed HUGHES Telematics, Inc. In addition, the securities which historically traded on the NYSE Amex under the symbol TKP will trade under the symbol HTC.

Sonic Automotive (NYSE: SAH) 28.1% LOWER; reports Q4 loss from continuing operations of $16.43. Adjusting for charges, the company reported a loss of $0.12, compared to a gain of $0.62 in the same quarter last year. Revenue for the quarter was $1.255 billion, versus the consensus of $1.46 billion. Also said it won't provide guidance and that its auditors issued a "going concern" statement.

Allied Irish Banks (NYSE: AIB) 26.5% HIGHER; momentum is continuing in this name today following a 7.6% jump in the stock yesterday. Traders are buying financial stocks today on hopes that US and European economies may be bottoming. Further, short sellers may be covering their downside bets in anticipation of tomorrow's vote on easing mark-to-market rules.

Guaranty Financial Group Inc. (NYSE: GFG) 20% LOWER; filed a Form 8-K last night to disclose that it has not completed its financial statements for the fiscal year ended December 31, 2008, and that accordingly it has not filed its Annual Report on Form 10-K for that year on a timely basis.

Apollo Group (Nasdaq: APOL) 15.7% LOWER; reports Q2 EPS of $0.77, versus the analyst estimate of $0.65. Revenue for the quarter was $876.1 million, versus the consensus of $865.45 million. Also, Robert W. Baird downgraded the stock from Outperform to Neutral and cut its price target to $85. Click here for some highlights from the company's quarterly conference call.

Celgene (Nasdaq: CELG) 15.4% LOWER; sees its FY09 sales and EPS guidance at the low end of the previously issued range. Click here for the full report.