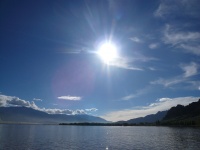 RCM Technologies, Inc. (Nasdaq: RCMT) 36.6% HIGHER; said its board has met with respect to the proposal by CDI Corp. to acquire all of the outstanding shares of RCM common stock for $5.20 per share, and has determined that it would not be in the best interests of the Company to pursue the transaction as presently structured by CDI Corp.

SCOLR Pharma Inc. (AMEX: DDD) 35.9% LOWER; today announced that it will be unable to meet its previously-issued 2010 revenue expectations with respect to sales of its new line of extended-release nutritional products. The revenue outlook for 2010 was based on the expected shipment of SCOLR products to certain large accounts which place orders three times a year based on a shelf planning cycle. Due to delays in product availability, SCOLR will be unable to meet the second of these scheduled review cycles and will not be able to ship products to these large accounts in 2010.

OMNI Energy Services Corp. (Nasdaq: OMNI) 25.9% HIGHER; today announced that it has entered into a definitive agreement under which an affiliate of Wellspring Capital Management LLC will acquire all of OMNI's outstanding shares for $2.75 per share in cash. The total value of the transaction is approximately $122 million, including assumption of debt. Click here to see the full report.

Bottomline Technologies (Nasdaq: EPAY) 10.9% LOWER; has priced its offering of 4.2 million shares at $14.50 per share. The firm expects net proceeds of about $57.6 million.

To get this report daily visit http://www.streetinsider.com/entities/Unusual+11+Mid-Day+Movers..