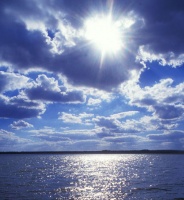 Opexa Therapeutics, Inc. (Nasdaq: OPXA) 64.7% HIGHER; announced the successful completion of two separate meetings with the FDA regarding the Company’s planned development program for Tovaxin. The company said bsed on positive feedback from the FDA, Opexa believes it is now positioned from a regulatory perspective to advance with a pivotal Phase 3 clinical study of Tovaxin in MS.

Tasty Baking Co. (Nasdaq: TSTY) 35.9% LOWER; announced preliminary Q410 data. Lowered their estimates for run rate savings from $14 million to $10 million. Also said that they have "retained Janney Montgomery Scott LLC as its financial advisor to assist the Company in its evaluation of various possible financial and strategic options including refinancing the Company’s long-term debt due in September 2012, raising additional capital, a potential combination with another company as part of the consolidation occurring in the baked goods industry or a potential sale of the Company."

Qiao Xing Universal Resources, Inc. (Nasdaq: XING) 21.3% HIGHER; announced that their subsidiary has acquired a 34.53% equity interest in Chifeng Aolunhua Mining Co., Ltd. The acquisition was made for a price of $28 million.

Radient Pharmaceuticals Corporation (AMEX: RPC) 16.2% LOWER; shares pulling back following a 29.5% close higher yesterday as investors and traders take profit. Radient shares have traded in a range from $0.20 to $2.59 over the last 52-weeks.

China GengSheng Minerals, Inc (Nasdaq: CHGS) 12.4% LOWER; announced that they have priced 2.5 million in several registered direct offerings at $4 per share, an 8.5% discount to yesterday's closing price of $4.37.

Mattson Technology Inc. (Nasdaq: MTSN) 11.3% LOWER; after the market closed yesterday, Mattson cut their Q410 outlook. Shares were downgraded by Craig-Hallum from Buy to Accumulate, with a $3 price target.

To get this report daily visit http://www.streetinsider.com/entities/Unusual+11+Mid-Day+Movers..