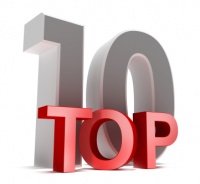 1. The Fed startled most market-watchers on Wednesday when chairman Ben Bernanke and the FOMC opted not to start tapering its bond-buying program. News sent markets ripping higher on tempered anticipation continued stimulus. They said asset purchases are not on a preset course, and the Committee's decisions about their pace will remain contingent on the Committee's economic outlook as well as its assessment of the likely efficacy and costs of such purchases. For more color, click here.

2. Speaking of Fed, former Treasury secretary Larry Summers opted out of consideration to succeed Bernanke as Fed chairman. "I have reluctantly concluded that any possible confirmation process for me would be acrimonious and would not serve the interests of the Federal Reserve, the Administration, or ultimately, the interests of the nation's ongoing economic recovery," Summer said in a letter to President Obama.

3. Friday afternoon, BlackBerry (Nasdaq: BBRY) reported preliminary Q214 results. Sales came in at $1.6 billion and the company expects an adjusted loss of $0.47 to $0.51 per share, while the Street expected revenue of $3.06 billion and loss of $0.15 per share. Additionally, the mobile device company said it would be laying off 4,500 employees. For the full report, click here.

4. Packaging Corporation of America (NYSE: PKG) and Boise (NYSE: BZ) entered into a definitive agreement under which PCA will acquire all of the outstanding common shares of Boise for $12.55 per share in cash, for an aggregate transaction value of $1.995 billion, inclusive of $714 million of outstanding indebtedness of Boise. The transaction is expected to close in the fourth quarter of 2013 with committed debt financing, but is subject to certain customary conditions and regulatory approvals.

5. Partially expected as its current plan was set to expire on September 30th, Microsoft (Nasdaq: MSFT) announced a new $40 billion stock repurchase plan. There is no expiration on the plan. The company also boosted its quarterly dividend by 22 percent from 23 cents up to 28 percent. Yield on the new dividend is at 3.4 percent. For dividend investors its a welcome move, though the buyback didn't move shares too much.

6. On Thursday, JPMorgan Chase & Co. (NYSE: JPM) announced that it entered into settlements with the Securities and Exchange Commission, the U.K. Financial Conduct Authority, the Board of Governors of the Federal Reserve System, and the Office of the Comptroller of the Currency regarding the firmâs Chief Investment Office trading incident and its aftermath. Total penalties in the amount of approximately $920 million will be paid to resolve these investigations. Also, on September 16, 2013, the Firm received a âWellsâ notice from the CFTC notifying the Firm that the CFTC staff intends to recommend enforcement action against JPMorgan Chase Bank in connection with certain trading activities undertaken by former CIO employees in the first quarter of 2012. The Bank said it will be responding to the notice in due course.

8. Also Thursday, Agilent Technologies Inc. (NYSE: A) announced plans to separate into two publicly traded companies: one in life sciences, diagnostics and applied markets (LDA) that will retain the Agilent name, and the other that will be comprised of Agilentâs current portfolio of electronic measurement (EM) products. The separation is expected to occur through a tax-free pro rata spinoff of the EM company to Agilent shareholders.

9. The U.S. keeps on cranking out the goods! According to the Fed, U.S. industrial production rose 0.4 points last month, following a flat reading in July. The number compares with consensus views calling for a 0.5 percent gain. Manufacturing, which accounts for 75 percent of production and 12 percent of the U.S. economy, rose 0.7 percent, more than offsetting a 0.4 percent drop reported in July. Auto production improved 5.2 percent in August, from a drop of 4.5 percent in July.

10. Sales of Apple's (Nasdaq: AAPL) new handsets, the iPhone 5s and iPhone 5c, began on Friday. For the most part, lines were long and even the company said demand was incredible. Notably, Apple had two things going for it: a) it didn't allow pre-ordering of the higher-end iPhone 5s, and b) the company launched in China on the same day, which virtually doubled the addressable wireless customer base at launch even without the addition of China Mobile. For a little more color an analysis on the launch, click here.

Special 11. Apple, Inc., CEO Tim Cook joined Twitter. He'll be posting under the handle @tim_cook. It's not clear whether Cook will use Twitter to make material disclosures like Carl Icahn, or Reed Hastings with Facebook (Nasdaq: FB), but it shows that Cook is taking a vastly different route than Steve Jobs.