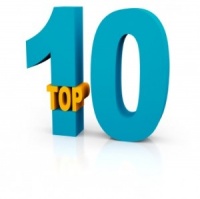 Here is a recap of the top news items from this week on Wall Street:

1. News that an oil spill in the Gulf of Mexico is turning out to be much larger than expected dominated wires this week, causing traders to short the stocks of those companies involved, mainly BP (NYSE: BP), Transocean (NYSE: RIG) and Cameron International (NYSE: CAM). BP has estimated that several leaks at the site are causing the oil company to lose up to 5,000 barrels of oil per day, pushing clean-up costs already into the tens of millions just several days after troubles were initially seen. The Governor of Louisiana has declared a state of emergency in the state as the massive oil sheen is expected to hit land sometime this weekend. Shares of BP tumbled 13% this week, Transocean, which BP leases the rig from, fell about 16% and Cameron, which makes the cap that was supposed to stay sealed upon blow-out, fell about 18%.

2. Unsustainable levels of debt in European countries made their way back to the front of trader's list of worries this week as S&P downgraded its ratings on not only Greece but also Spain and Portugal. While some would argue that such an event was also priced into these markets, others point that the real damage could come from the contagion of these debt concerns: EU countries are tied so closely together that downgrades could get the ball roll for other countries to be downgraded. Against the dollar, the euro has not been to such low levels since mid-2009.

3. Shares of Goldman Sachs (NYSE: GS) fell about 7% this week as execs were grilled on Capitol Hill and then, later in the week, the SEC referred its fraud case against the firm to the Justice Department for possible criminal prosecution. While much of Wall Street cheered Lloyd Blankfein's snappy responses to an onslaught of questions, Main Street rejoiced as Carl Levin "stumped" other execs with "meaningful" interrogation tactics aimed at exposing the corruption within the US financial industry.

4. Dendreon (Nasdaq: DNDN) shares surged almost 27% on Thursday of this week, and another 9% on Friday as its Provenge cancer treatment was approved by the FDA. Full treatment with the product will cost patients $93,000. A parade of analysts rushed to raise their price targets on the momentous stock.

5. Finally giving solace to many speculative traders that like to play the M&A market, Hewlett-Packard (NYSE: HPQ) announced that it has made an offer to buy Palm (Nasdaq: PALM) for $1.2 billion, or about $5.70 per share. Shares of Palm surged more than 26% on Thursday.

8. The second reading on Q1 GDP came in this week, showing a 3.2% rise in economic growth. Economists had been looking for a rise of 3.3%.

9. Shares of Hertz Global (NYSE: HTZ) and Dollar Thrifty (NYSE: DTG) jumped 14% and 10%, respectively, on Monday of this week as the two company's apparently have been in talks for Hertz to buy Dollar Thrifty for $1.17 billion in cash and stock. The deal values Dollar Thrifty at $41 per share.

10. The U.S. Treasury issued a press release on Monday morning related to the sale of its 7.7 million shares of Citigroup (NYSE: C) common stock. Citi shares fell more than 10% on Monday and Tuesday following the news, but bounced about 5% on Wednesday and Thursday.