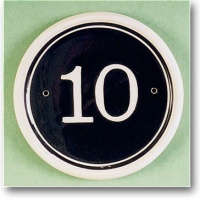 Here is a recap of the top news items on Wall Street last week:

1. On Monday the U.S. govenment rescued embattled mega-bank Citi (NYSE: C). The U.S. Treasury will invest $20 billion in Citi preferred stock under the TARP. The government will guarantee $306 billion of Citi assets for another $7 billion in preferred stock. Citi will issue warrants to the U.S. Treasury and the FDIC for approximately 254 million shares of the company's common stock at a strike price of $10.61. Citi also agreed not to pay a quarterly common stock dividend exceeding $0.01 per share for three years.

2. The Federal Reserve will initiate a program to purchase the direct obligations of housing-related GSEs -- Fannie Mae, Freddie Mac, and the Federal Home Loan banks--and mortgage-backed securities (MBS) backed by Fannie Mae, Freddie Mac, and Ginnie Mae. Purchases of up to $100 billion in GSE direct obligations under the program will be conducted with the Federal Reserve's primary dealers through a series of competitive auctions and will begin next week. Purchases of up to $500 billion in MBS will be conducted by asset managers selected via a competitive process with a goal of beginning these purchases before year-end. Many market pundits believed this Fed action created an immediate downside response in mortgage rates this week.

3. In addition to the above government intervention, the Fed also announced the TALF, or Term Asset-Backed Securities Loan Facility, this week. Under the TALF, the Federal Reserve Bank of New York will lend up to $200 billion on a non-recourse basis to holders of certain AAA-rated ABS backed by newly and recently originated consumer and small business loans.

5. Tuesday morning, The BHP Billiton (NYSE: BHP) Board decided that it no longer believes that completion of the offers for Rio Tinto (NYSE: RTP) would be in the best interests of BHP Billiton shareholders. As a result, shares of Rio Tinto fell more than 30% this week, losing about $17 billion in market value. Likewise, shares of BHP rose nearly 20% on the news this week.

7. Economic data was leaning negative this week as numerous indicators came in below market expectations. First, durable goods orders fell 6.2% in October, well above the 3% drop economists had anticipated. This was the largest percent decrease in new orders since October 2006 and followed two consecutive monthly decreases including a 0.2 percent September decrease. Next, personal spending dropped 1% in October, the most since 2001, and sales of new one-family houses in October 2008 were at a seasonally adjusted annual rate of 433,000. This is 5.3% below the revised September 2008 estimate of 457,000. On a positive note, initial jobless claims came in at 529,000, better than the Street estimate of 535,000 and consumer confidence came in at 44.9, much higher than the 38 the Street was expecting.

8. Goldman Sachs (NYSE: GS) and several other banks sold FDIC-backed notes this week, signaling yet another sign that aggressive U.S. government intervention in the financial market is taking hold. Investors responded very positively to the developments this week; shares of Goldman rose more than 47% this week.

9. With the date set for the Big 3 automaker's execs to return to Capitol Hill next week, shares of General Motors (NYSE: GM) and Ford (NYSE: F) rallied this week. GM rose more than 72% this week, while shares of Ford surged nearly 90%.

10. Wednesday morning, Deere (NYSE: DE) reported mixed Q4 earnings and gave a cautious Q1 and FY09 outlook. After initially trading down as much as 12% on the earnings report, shares of Deere rallied back, closing the day up more than 8%.