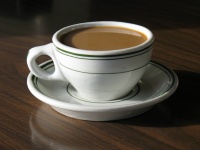 ChemoCentryx, Inc., (Nasdaq: CCXI) 88.3% HIGHER; announced positive top-line 52-week data from its Phase II clinical trial in diabetic nephropathy with CCX140, an inhibitor of the chemokine receptor known as CCR2. The trial met its primary endpoint by demonstrating that treatment with 5 mg of CCX140 given orally once daily added to a standard of care regimen (SOC) of angiotensin converting enzyme (ACE) inhibitor or angiotensin receptor II blocker (ARB) treatment resulted in a statistically significant (p=0.0148) reduction in urinary albumin creatinine ratio (UACR), beyond that achieved with SOC alone.

Heritage-Crystal Clean (NASDAQ: HCCI) 10.2% LOWER; announced that it plans to offer to sell 3,100,000 shares of the Company's common stock.

MEI Pharma, Inc. (Nasdaq: MEIP) 4.4% LOWER; priced an underwritten public offering of 10,000,000 shares of its common stock at an offering price of $4.00 per share, for total gross proceeds (before underwriting discount and commissions and estimated expenses) of approximately $40 million.

GoPro (Nasdaq: GPRO) 3.8% HIGHER; JPMorgan upgraded from Neutral to Overweight, but maintained its price target at $70.

Acadia Realty Trust (NYSE: AKR) 1.9% LOWER; announced the sale of 3,400,000 common shares of beneficial interest of the Company to Citigroup, in a public offering pursuant to the Company’s effective shelf registration statement previously filed with the Securities and Exchange Commission

SeaWorld Entertainment, Inc. (NYSE: SEAS) 1.8% HIGHER; announced that, effective January 15, 2015, Chairman David F. D'Alessandro will serve as the Company's interim CEO until the Board of Directors (the "Board") selects a permanent successor to current CEO and President, Jim Atchison, who will become Vice Chairman of the Board. Mr. D'Alessandro, who has been Chairman of the Company's Board since 2010, will continue in that position. He served as Chairman, President and Chief Executive Officer of John Hancock Financial Services from 2000 to 2004, having served as President and Chief Operating Officer of the same entity from 1996 to 2000.

Lamar Advertising (NASDAQ: LAMR) 0.5% HIGHER; declared a quarterly dividend of $0.84 per share, or $3.36 annualized. In addition, Lamar announces that its board of directors has authorized the repurchase of up to $250 million in stock.