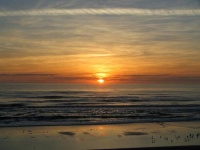 Amedisys, Inc. (NASDAQ: AMED) 26.2% LOWER; today announced that it has acquired a hospice business with nine locations in South Carolina and one location in Mississippi. This acquisition, which represents Amedisys' entry into the hospice business in both South Carolina and Mississippi, will allow Amedisys to provide coverage to the entire state of South Carolina and to 17 counties in Mississippi. The business operates as Winyah Community Hospice Care in South Carolina and Allcare Hospice in Mississippi. The agencies had annualized revenue of approximately $17 million, but are not expected to add materially to Amedisys earnings in 2009. Separately, Amedisys has accepted the resignation of Mr. Larry Graham, as President and COO of the Company. The resignation is effective September 3, 2009. Mr. Graham's duties will be temporarily assumed by William Borne, the Company's Chairman and CEO. The Company also announced the departure of Chief Information Officer Alice Ann Schwartz, effective September 3, 2009.

Sinovac Biotech Ltd. (NYSE: SVA) 21.2% HIGHER; announced today that the State Food and Drug Administration has approved the registration application for PANFLU.1, Sinovac's H1N1 vaccine, and has issued Sinovac a production license for this vaccine. Click here for the full report.

Curis, Inc. (NASDAQ: CRIS) 20% HIGHER; announced that two publications describing clinical data generated with GDC-0449 were published in the current edition of The New England Journal of Medicine (NEJM). The first publication, entitled "Inhibition of the Hedgehog Pathway in Advanced Basal-Cell Carcinoma," provides an overview of the Phase I data for the 33 basal cell carcinoma (BCC) patients treated in this study. The second paper is a case study entitled "Treatment of Medulloblastoma with Hedgehog Pathway Inhibitor GDC-0449," which provides an overview of the treatment of a single adult medulloblastoma patient with GDC-0449.

Bionovo, Inc. (Nasdaq: BNVI) 19.2% HIGHER; announced it will be presenting the positive results from the phase 2 clinical trial of their lead drug candidate for postmenopausal symptoms, Menerba, to the international community at the 8th Annual European Society for Gynecology in Rome, Italy. Click here for the full report.

Vical (Nasdaq: VICL) 15.7% HIGHER; moving higher on news that Novartis (NYSE: NVS) said patients needs only one 15 microgram dose of the vaccine to be effective in H1N1. Also, Sinovac Biotech received approval in China to produce its H1N1 vaccine.

AIG (NYSE: AIG) 10.4% HIGHER; after selling-off for a few days, shares of bailed-out insurer, AIG, are moving higher for the second straight session. Shares are up 8% to $41 and have rallied through yesterday's intra-day high. Today, the Wall Street Journal highlighted the antics of outspoken new CEO Robert Benmosche. There is no doubt that Benmosche's market comments have helped propel the shares higher. Will this be short term or long term? Click here to see our full report.

Helicos BioSciences Corporation (NASDAQ: HLCS) 9.4% HIGHER; announced today its operating highlights for the quarter ended June 30, 2009 and other recent developments following the filing of its Quarterly Report on Form 10-Q for the period ended June 30, 2009. Click here for the full report.

China Security & Surveillance Technology, Inc. (NYSE: CSR) 9.2% HIGHER; today announced it has signed an E-city project framework agreement valued at approximately RMB 1 billion (approximately US$146.2 million based on an exchange rate of USD 1.00 to RMB 6.84) with the local government of Haimen City in the southeast of Jiangsu Province.

Costco Wholesale Corporation (NASDAQ: COST) 8.2% HIGHER; Comparable sales for the four-week retail-reporting month of August were down 2%, (-4% in the U.S. and +3% International). This was better than the analyst consensus of a 5.7% drop for August. Excluding the negative impacts from gasoline deflation and foreign exchange, Comparable sales werer up 2% (0% in the U.S. and +7% International). Costco reported net sales of $5.4 billion for the month of August, the four weeks ended August 30, 2009, compared to net sales of $5.4 billion in the same four-week period last year.

Vonage (NYSE: VG) 8.1% LOWER; correcting following yesterday's 20% jump on news that Apple has accepted its application for an iPhone app.

To get this report daily, visit http://www.streetinsider.com/entities/Morning+Movers.