Best Solar Stocks to Invest in 2021? Wall Street Weighs In 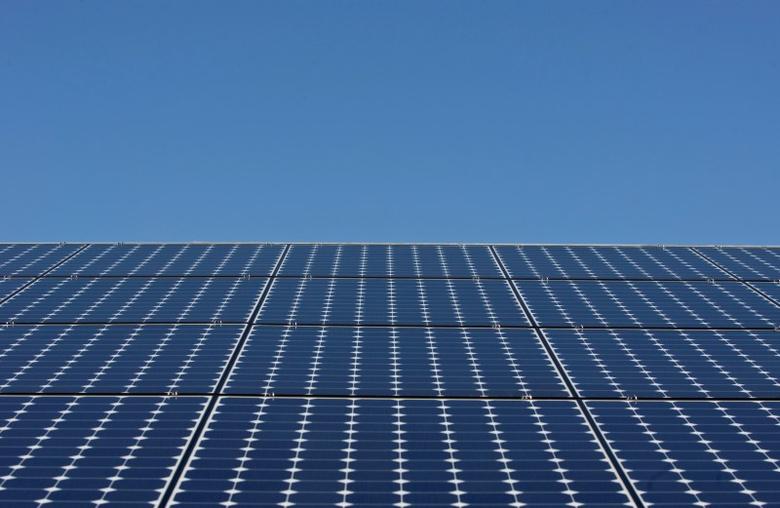 According to Facts and Factors, the global Solar Energy Market in 2019 was valued at about $50 billion. The market is projected to rise at 20% CAGR to exceed $200 billion by 2026.

Here, we look at the best solar stocks to play the projected growth as per ratings provided by Wall Street analysts.

Sunrun has an analyst rating score of 9.5/10 with an average price target of $75.28. Overall Rating on RUN is âBuyâ. Last week, Morgan Stanley analyst Stephen Byrd raised the price target on Sunrun to $91.00 (from $86.00), citing six key factors and highlighting the company as the most compelling clean energy stock under coverage. Similarly, Roth Capital analyst Philip Shen reiterated a âBuyâ rating and $90.00 price target on RUN and said:

"The company is seeing "strength across the board," in geographies and channels. RUN's new homes business has been "cranking quite nicely," and the company is ramping up its direct-to-home sales force to high levels. Moreover, consumers are returning to retail, and we believe RUN's retail productivity is solid (i.e. Home Depot and Costco). New geographies, such as Florida and Texas, are also showing strength, and the company expects to see >100% YoY growth in storage for 2021."

He said: âNOVA should be able to continue to add subscribers as the company moves into new markets. There are also additional opportunities to expand value per subscriber. Growing storage attach rates are the most important factor. Of course selling or leasing storage hardware to a customer creates value, but turning a residential solar power system into a dispatchable power asset has profound implications. We think that we are just at the beginning of a major shift, with home resilience, grid services, neighborhood microgrids and additional services driving incremental revenue."

Generac has an analyst rating score of 8.5/10 with an average price target of $351.73. Overall Rating on GNRC is âBuyâ. Piper Sandler analyst Pearce Hammond raised the price target on GNRC to $410.00 (from $400.00) after having a discussion with management. He said:

"We are now projecting C&I revenues to grow by 40% in Q2'21 to $217M (Previously $209M), we are also increasing our Q3'21 estimate by 11% from $203M to $225M." "We are comfortable being above management's guidance considering the incrementally positive commentary surrounding the C&I business, and the fact that our model now accounts for the DSE acquisition."

Shoals has an analyst rating score of 7.3/10 with an average price target of $39.82. Overall Rating on SHLS is âBuy.â In May, Credit Suisse analyst Michael Weinstein upgraded Shoals from âNeutralâ to âOutperformâ with a price target of $40.00. He commented:

"We upgrade Shoals Technologies to Outperform, from Neutral after the recent pullback. Investor concerns around demand push-outs due to system cost inflation seem overdone as utility scale solar developers and end customers (utilities) see no impact on project construction in 2021-22 or end market demand. The stock also looks attractive as it gives no value to accelerated demand growth in the US due to tax credit extension or additional Biden policies, or even any optionality from growth in storage or EV charger markets."

Maxeon has an analyst rating score of 5.0/10 with an average price target of $20.67. Overall Rating on MAXN is âNeutral.â Goldman Sachs analyst Brian Lee lowered the price target on Maxeon to $13.00 (from $15.00) after the company reported 1Q21 earnings. He commented:

âVolumes were down sequentially and yoy as expected owing to slowness in the Large Scale segment, and margins continue to be weighed down significantly by elevated input and freight costs. 2Q guidance was lower than expected across several key metrics, including revenue, gross margin, and adj. EBITDA owing to continued cost pressure and a muted Large Scale segment which is not expected to recover meaningfully until 2022. We maintain our Sell rating."

Enphase has an analyst rating score of 5.5/10 with an average price target of $198.60. Overall Rating on ENPH is âBuyâ. Guggenheim analyst Joseph Osha initiated coverage on Enphase Energy with a âNeutralâ rating.

"We think that ENPHâs market share gains in residential solar are likely to continue. Competitor SEDG is still relevant, but appears to be pursuing various other paths to growth that do not necessarily involve addressing ENPHâs success in residential markets. Meanwhile, we continue to be surprised at how weak the competitive response from other firms has been. The one competitor that looked like it might be a factor â Huawei â is not only out of the US market but likely to encounter increasing challenges in Europe as well. Erstwhile leader SMA is still struggling, while GNRC is focused on selling alongside its storage product,â the analyst wrote in a note.

SolarEdge has an analyst rating score of 5.2/10 with an average price target of $322.83. Overall Rating on SEDG is âNeutralâ. In June, Guggenheim analyst Joseph Osha initiated coverage on SolarEdge with a âBuyâ rating and a price target of $314.00. He commented:

âWe are assigning target multiples of 8x EV/Revenue, 43x EV/EBITDA and 80x FCF to SEDG, all based on our NTM estimates. On that basis we believe that the stock should be valued at $314, which represents 26% upside potential from the current price and supports our Buy recommendation. As one of the two companies in list of comparable firms that operates entirely in zero-carbon energy products, we believe that SEDG deserves a valuation premium to the group. Much depends on the companyâs ability to sustain revenue growth without seeing margin decline. We believe SEDG can accomplish that as the company continues to take share in commercial-scale solar and as the UPS effort ramps. We expect multiple expansion from current levels if SEDG is successful on that front."

Canadian Solar has an analyst rating score of 4.7/10 with an average price target of $49.20. Overall Rating on CSIQ is âNeutralâ. The company saw its price target raised earlier to $55.00 (from $50.00) by Roth Capital analyst Philip Shen. The analyst wrote:

"While better-than-expected module margins drove the beat, Q1 module margins could decline further. We believe CSIQ's new capacity plus reduced glass and freight costs ahead could support a module margin rebound in Q2. We maintain our Buy as shares are down nearly 25% from a recent peak and are trading at only ~8.5x our 2021 EV/EBITDA. Moreover, we see CSIQ's China listing as an upside catalyst ahead.â

"We are upgrading FSLR to Buy (from Neutral), following the positive 1Q earnings update (Apr 29th). Despite the positive 1Q earnings, improved outlook around ASPs, Series 6 CuRe demand, and less volatile cost structure, FSLR tumbled by 8.9% on Friday (Apr 30th). We perceive this to be due to investor concerns around shipping costs amidst the pandemic amidst longer-term confirmation of ramp in R&D cycle amidst higher expectations. On balance, the medium term update was one of the best we've seen of late in terms of panel pricing outlook. This should sizably offsets both near term '21 pressures and provides a bridge to a LT outlook to next gen panel technology."

"We downgrade shares of SPWR to Neutral (from Buy) following outperformance with the stock having increased ~8X in the past year, and our revised $32, 12-month target implying less upside from here vs. resi solar peers as well as relative to other solar names under coverage. Since being added to the Americas Buy List on 6/17/19, SPWR shares are +214%, whereas the R2K is +49% and our overall coverage average is +127%. While fundamentally we continue to see SPWR well-positioned within the solar space, we now see risk-reward as being more balanced at these levels relative to Buy-rated peers with similar resi solar exposure such as NOVA, as well as ENPH."

Q: What are the best solar stocks?

A: According to Wall Street analyst ratings compiled by StreetInsider, the top 3 rated solar stocks are Sunrun (RUN), Sunnova (NOVA), and Generac (GNRC). The global solar market is projected to rise at 20% CAGR to exceed $200 billion by 2026.

Q: What are the top 5 solar companies?