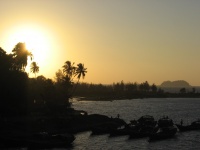 Futu Holdings Limited (Nasdaq: FUTU) 6.4% LOWER; announced the commencement of the offering of 9,500,000 American depositary shares, each representing eight Class A ordinary shares of the Company.

Zai Lab Limited (NASDAQ: ZLAB) 5.7% LOWER; announced that it has commenced an underwritten public offering of $750,000,000 of American depositary shares (âADSsâ), each representing one ordinary share of the Company. All ADSs will be offered by Zai Lab. Zai Lab expects to grant the underwriters a 30-day option to purchase additional ADSs. Investors have an option to receive ordinary shares of the Company (âSharesâ) in lieu of ADSs in this offering only, and such option will not be available to purchasers of the additional ADSs.

J2 Global, Inc. (NASDAQ: JCOM) 4% HIGHER; announced its plan to separate the company into two independent publicly traded companies J2 Global and Consensus through a spin-off of at least 80.1% of the outstanding shares of Consensus common stock to J2 shareholders. The separation is expected to be completed in the third quarter of 2021. Upon completion of the transaction, shareholders will own two category-leading independent public companies, each well positioned for long-term success and superior value creation. J2 will host a live audio webcast and conference call led by members of the management team to discuss the transaction on April 20, 2021, at 8:30 a.m. Eastern Time (details below).

Altria Group, Inc. (NYSE: MO) 2.2% LOWER; Continues 6.2% intra-day drop on news the Biden administration is considering a rule to reduce nicotine in cigarettes, according to a report from Dow Jones, citing sources. The rule would require tobacco companies to lower nicotine to minimally addictive or nonaddictive levels.