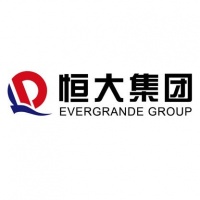 Local authorities in China have been told to prepare âfor the possible stormâ as the worldâs most populous country faces the potential downfall of China Evergrande Group (OTC: EGRNF).

China is still not prepared to step in and bail out the embattled property titan Evergrande but it is preparing to mitigate any economic and social fallout from the companyâs demise.

According to the WSJ, local authorities have been told to step in only at the last minute should Evergrande come extremely close to defaulting. One of the topics discussed is how to limit job losses and potential social unrest.

The central government instructed their local counterparts to set up groups of accountants and legal experts to better understand the impact of Evergrandeâs potential default in their regions. Moreover, local authorities are urged to talk to local property developers and set up teams to closely monitor the social unrest.

Evergrande said yesterday that it managed to negotiate privately with bondholders to settle a 232 million yuan ($35.9 million) payment that is due today.

âOur expectation has been that priority would go to Evergrandeâs onshore investors. The real test will come tomorrow, when the dollar-bond payment is due,â Sandra Chow, co-head of Asia-Pacific research at CreditSights in Singapore, said yesterday.