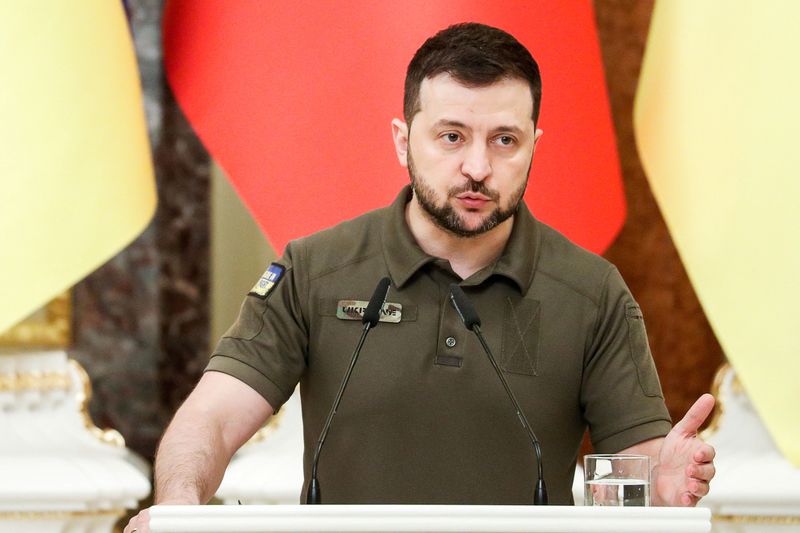 (Reuters) - Polish citizens in Ukraine will be granted the same rights that Ukrainian refugees in Poland are currently receiving, Ukrainian President Volodymyr Zelenskiy said on Sunday during a visit to Kyiv by his Polish counterpart Andrzej Duda.

Poland has granted the right to live and work and claim social security payments to over 3 million Ukrainian refugees fleeing Russia's invasion of Ukraine.

Earlier on Sunday, a Ukrainian ruling party lawmaker said that Zelenskiy had announced the imminent tabling of a parliamentary bill to give Polish citizens "special legal status" in Ukraine.