Your Money: How many college savings buckets do you need? 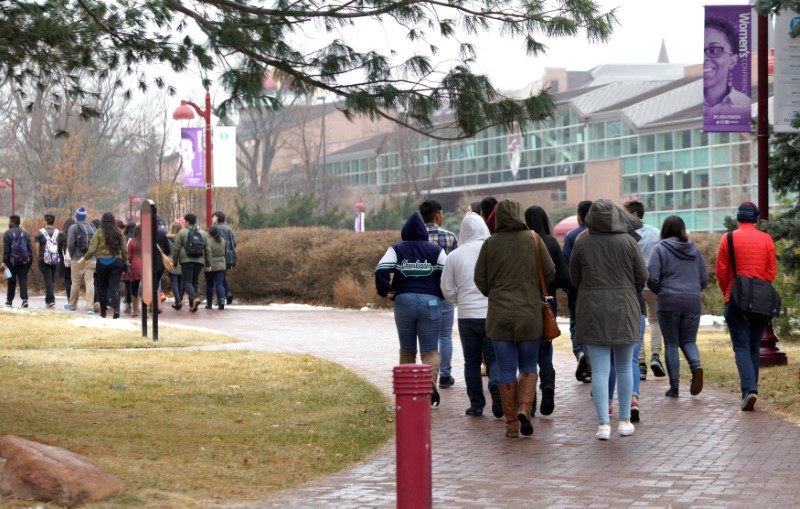 NEW YORK (Reuters) - Like many financially savvy parents, Jim Stehr started a college savings account for his son at birth. When Stehr's second and third children came along, he opened accounts for them too.

But now Stehr, a financial adviser based in the San Francisco Bay area, is now rethinking the math. His oldest two kids are in pricey private colleges and might end up in graduate school, while the youngest is eyeing the Naval Academy, which is free.

As parents consider the best way to save for college, financial advisers say the kind of accounts matter, as well as the plan to spend the money when the time comes.

ONE BUCKET OR MANY?

It is a natural parental instinct to do what Stehr did: open new accounts as the kids come along. Parents like to keep things equal, and there is also something psychologically satisfying about watching each child's account grow.

Financial adviser Peter Palion of Master Plan Advisory in East Meadow, New York, says it does not matter how you slice the pie in terms of growth. The difference in compounding between three accounts with $3,000 and one account with $9,000 will be negligible if they all have the same allocations. Children who are far apart in age might have different risk tolerances along the way, though.

You might have an annual maintenance fee if you are saving in a tax-advantaged 529 college savings plan. Even at just $30 a year, it could amount to 3 percent of a $1,000 yearly contribution.

If you saved all in one account until it was time to spend the money, you could just shift the beneficiaries as needed, or open new accounts and distribute the funds, without penalty.

The psychology involved is especially tricky when it is time to spend down money saved for college. Saving college money for each child was so engrained in Ricardo Noceda's thinking that the idea of shifting funds from one account to the next was akin to stealing.

Though the money technically belonged to him, in his head all those years it was one bucket for Olivia, now 24, and one for Dylan, 22. Even when his older daughter ran short to pay for her last year of school, Noceda did not transfer money from the other account to cover the shortfall.

Kelly Bressette, a mom of three from Massachusetts, took a more pragmatic approach, after saving in separate 529 accounts for 15 years for her daughters, who are now 24, 22 and 19.

"It was not easy because I needed to divide up the funds," says Bressette. When it came to spending for the first two, she was cautious, because she was afraid of running out. Then it turned out that the youngest's tuition was far more expensive.

Shifting funds around can often be more an issue of family dynamics than accounting, says Darin Shebesta, a financial adviser from Cave Creek, Arizona. A lot of it has to do with managing expectations, because even the kids get involved in the bucket theory - and can get attached to the notion that what is in their college fund belongs to them.

Jim Stehr will be sorting this out soon, as he decides what to do if his youngest gets a full ride. He had always told the kids that if there was money left over, they could have it.

The older two used all of their money up, but the youngest would be in for a windfall of more than six figures.

"It would be a healthy chunk of change," Stehr says.