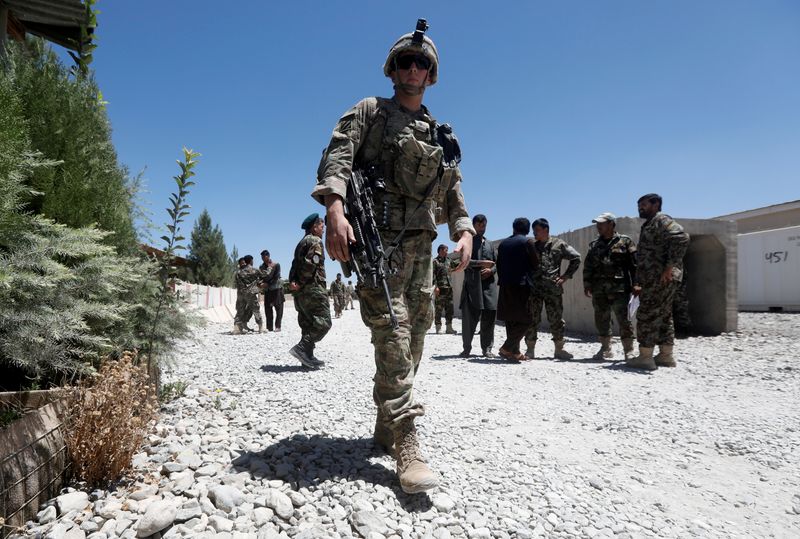 WASHINGTON (Reuters) - The Pentagon is overseeing an orderly withdrawal of U.S. forces from Afghanistan and the United States has not seen an increase in violence directed against its troops in the country in the past year, White House press secretary Jen Psaki said on Wednesday.

Psaki told a news briefing that while there had been increased attacks on Afghan forces and the government compared with a year ago "we have not seen an increase in attacks on our military or presence since February 2020."