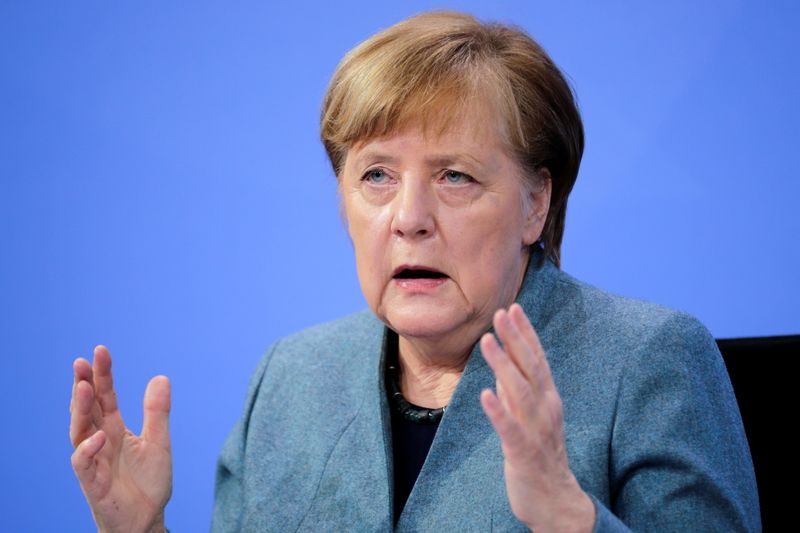 BERLIN (Reuters) - Germany will have vaccinated 10 million people against the new coronavirus by the end of the first quarter, Chancellor Angela Merkel told ARD television on Tuesday, in a defence of her government's handling of the vaccine roll-out.

Berlin and the European Union have been under fire over their handling of vaccine deployment, with critics pointing to the faster pace in Britain, Israel and the United States as evidence of an EU failure.

"You could either say that we will already be able to vaccinate 10 million people using both vaccines in the first quarter, or others will say 'only' (10 million); but either way it will go up from there," she said.

Germany has a total population of around 83 million.

Among reasons for the delay was the EU's decision not to follow Britain in seeking emergency approval for the first vaccine, developed by Germany's BioNTech, but Merkel said this had been the right choice given the need to maintain public trust.

Surveys show people in several EU countries, including France and Germany, are less willing to take vaccines than in Britain, with some believing them dangerous.

Even in the most pessimistic scenario, in which no further vaccines were approved, Germany would be able to offer its entire adult population a jab by the end of the summer, Merkel said, adding that things could move further still.

Mentioning reports on Tuesday that Russia's Sputnik V vaccine had performed well in trials, Merkel said any vaccine that gained approval from the European Medicines Agency would be welcome in Germany.

"I have spoken to the Russian president (Vladimir Putin) about this, we have seen good data today about the Russian vaccine," she added.