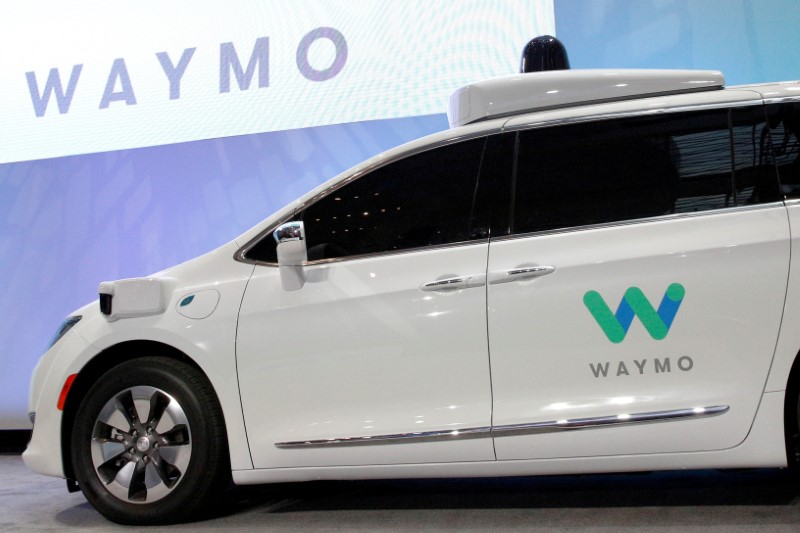 BEIJING/SHANGHAI (Reuters) - Alphabet Inc's (NASDAQ: GOOGL) self-driving unit Waymo has set up a subsidiary in Shanghai, according to a business registration filing, the latest sign that the U.S. internet giant is attempting to make new inroads into China.

Its scope includes business and logistics consultancy as well as services related to the design and testing of self-driving car parts, said the document, which also listed the firm's legal representative as Kevin Bradley Vosen.

Waymo on Friday confirmed that it had set up a legal entity in China several months ago and has people working there.

Alphabet Inc's Google, which quit China's search engine market in 2010, has been actively seeking ways to re-enter the sector in the country where many of its products are blocked by regulators.

In August, Reuters reported that the company plans to launch a version of its search engine in China that will block some websites and search terms. Google's Chief Executive Sundar Pichai has told staff that development is in an early stage.

Waymo's move also comes as China makes a major push into autonomous smart vehicles to keep pace with the United States in a global race to develop self-driving vehicles.

(Reporting by Yilei Sun in BEIJING and Brenda Goh in SHANGHAI; Editing by Sai Sachin Ravikumar)