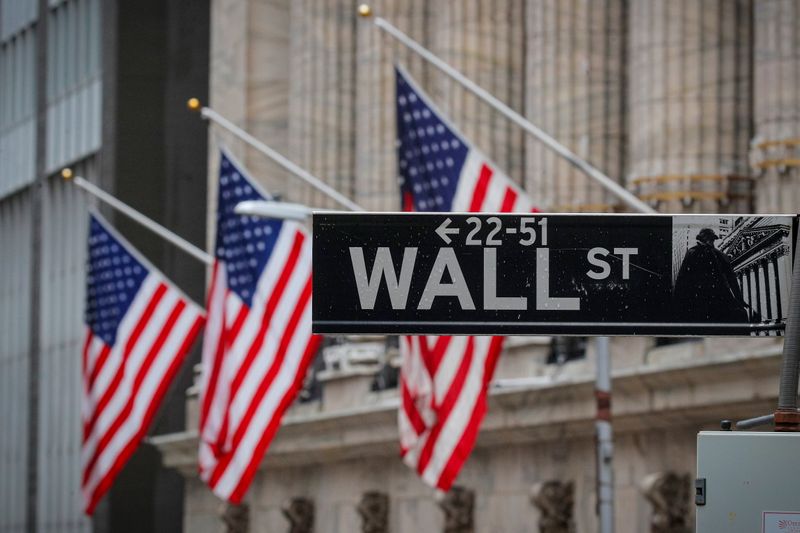 NEW YORK (Reuters) - Wall Street's "fear gauge" is in a bubble, according to analysts at J.P. Morgan.

Investor appetite for protective options has kept the Cboe Volatility Index elevated despite muted moves on the benchmark S&P 500, according to the bank. The gap between investor expectations for volatility in U.S. stocks, as measured by the VIX, and actual moves on the S&P 500 is near its highest levels over the past 30 years, said Marko Kolanovic, J.P. Morgan's global head of macro quantitative and derivatives strategy.

In Kolanovic's view, that level of caution is not justified, and the bank expects stocks will keep climbing. The gap between investor expectations and actual market moves, he wrote, is "indicating a bubble of fear and demand from investors looking to hedge or profit from a hypothetical market selloff."

The demand for options is twofold, said Matt Amberson, principal at ORATS: some investors are buying puts for protection, while others are choosing to maintain exposure to equities through calls. Both, he said, have helped prop up the VIX.

The VIX has tended to fall in the past when the gap between the fear gauge and realized volatility has grown similarly wide, according to Kolanovic. But the last such gap, in late August, preceded a substantial sell-off in U.S. stocks, said Christopher Murphy, co-head of derivatives strategy at Susquehanna Financial Group.

The rotation to value and cyclical stocks from growth stocks has effectively "pulled the S&P (500) in two different directions," Murphy said. But if that trend changes, market gyrations could pick up, he said, though he also believes the VIX is likely to decline over the coming months.

"I don't know if you can assume that that rotation would occur forever," he said. "Is two weeks a long enough time frame to think that the market is really calm?"