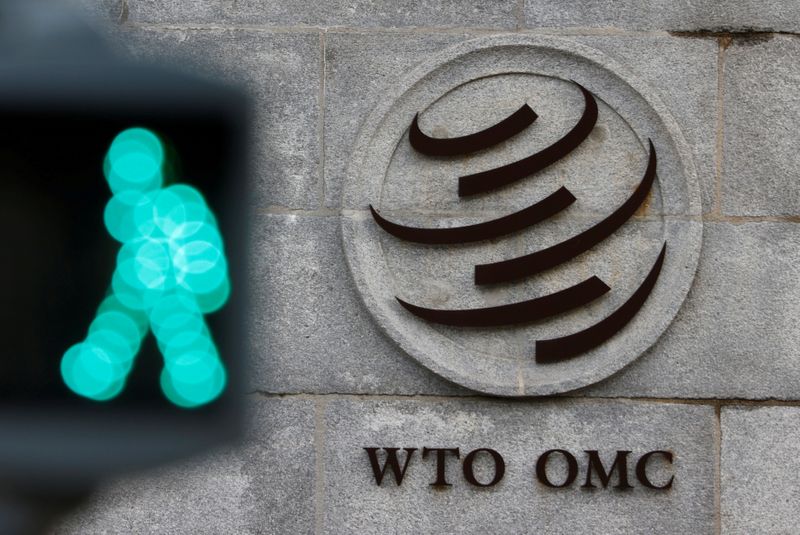 GENEVA (Reuters) -The World Trade Organization slightly raised its growth forecast for global goods trade this year, but said the outlook was clouded by risks from the roll-out of coronavirus vaccines and the possible emergence of vaccine-resistant strains.

WTO director-general Ngozi Okonjo-Iweala told a news conference on Wednesday that vaccines had given the world a chance of stopping the disease and jump-starting the economy.

"But this opportunity could be squandered if large numbers of countries and people do not have equal access to vaccines," she told a news conference.

The WTO said short-term risks were "firmly on the downside" and centred on pandemic-related factors.

The Geneva-based trade body said accelerated vaccine distribution and faster lockdown easing could add 2.5 percentage points to trade, which would then return to its pre-pandemic trend in the fourth quarter.

Okonjo-Iweala plans to meet vaccine manufacturers and civil groups in mid-April to understand how vaccine production could be expanded, particularly in emerging markets, and how investment could be spread wider in future.

"I think that for the next pandemic we must not go through this again. No longer can we expect poor countries to stand in a queue waiting to get vaccines," she said.

The WTO chief said there were already signs of regional divergence, with Asian exports in 2021 potentially up 10% from 2019 levels, while shipments from Africa and the Middle East could be down.

Over the medium-to-long term, public debt and deficits could also weigh on economic growth and trade, particularly in highly indebted developing countries.

Last year's decline of trade growth was far less gloomier than previously foreseen. The improvement towards the end of 2020 was partly driven by the announcement of new vaccines at the end of November, boosting confidence.