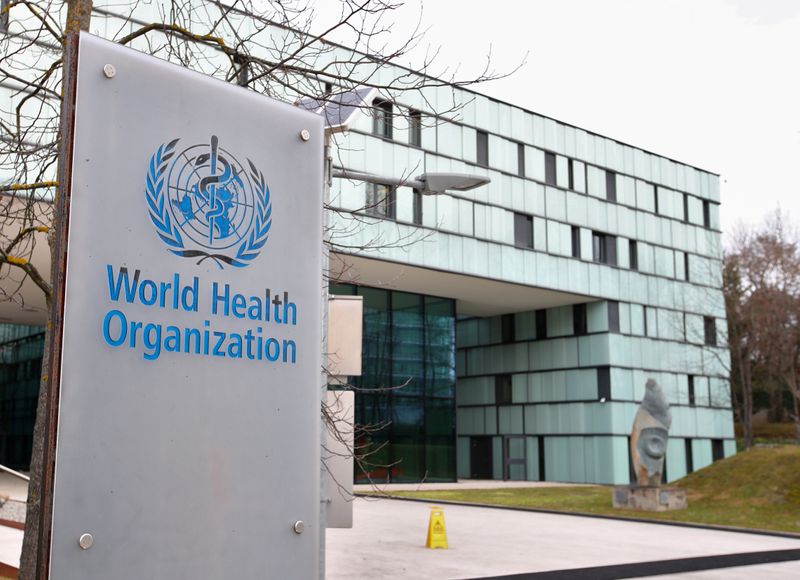 FILE PHOTO: A logo is pictured outside a building of the World Health Organization (WHO) during an executive board meeting on update on the coronavirus outbreak, in Geneva, Switzerland, February 6, 2020. REUTERS/Denis Balibouse

By Stephanie Nebehay and Emma Farge

GENEVA (Reuters) - The findings of a WHO-led mission to Wuhan, China to investigate the origins of the virus that causes COVID-19 are expected in mid-March, the World Health Organization (WHO) said on Friday.

"The current timing is the week of 14th-15th March," Peter Ben Embarek, the head of the mission, told a Geneva news briefing.

Ben Embarek, a WHO expert on diseases that cross from animals to humans, had said at the end of the mission last month that the virus probably originated in bats, although it was not certain how it reached humans. He also effectively ruled out a lab leak.

WHO officials had earlier said that the mission might issue a summary report before its full findings were ready. This is no longer planned.

"What the team has done to their credit is really worked hard to try to come up with their full report so we can have a proper discussion around the full report," said Mike Ryan, WHO's top emergency expert.

WHO director-general Tedros Adhanom Ghebreyesus said: "I would like to assure you everything that happened during the trip will be presented transparently."

The mission has been politically contentious, with Washington saying it wants to review its findings, and some critics suggesting its access in China was too limited.

On Thursday, an open letter from a group of scientists said the WHO mission "did not have the mandate, the independence, or the necessary accesses to carry out a full and unrestricted investigation" into all theories about the origins of the virus.

Nikolai Petrovsky, an expert at Flinders University in Adelaide, Australia, one of the authors of the letter, said on Friday that despite the visit by the WHO-led team, the world was no closer to knowing the origins of COVID-19.

Chen Xu, China's ambassador to the U.N. in Geneva, told a separate briefing on Friday: "It is not an investigation, it is joint scientific research. The experts were chosen by the World Health Organization, they conducted their business, scientific collaborations with their Chinese counterparts."