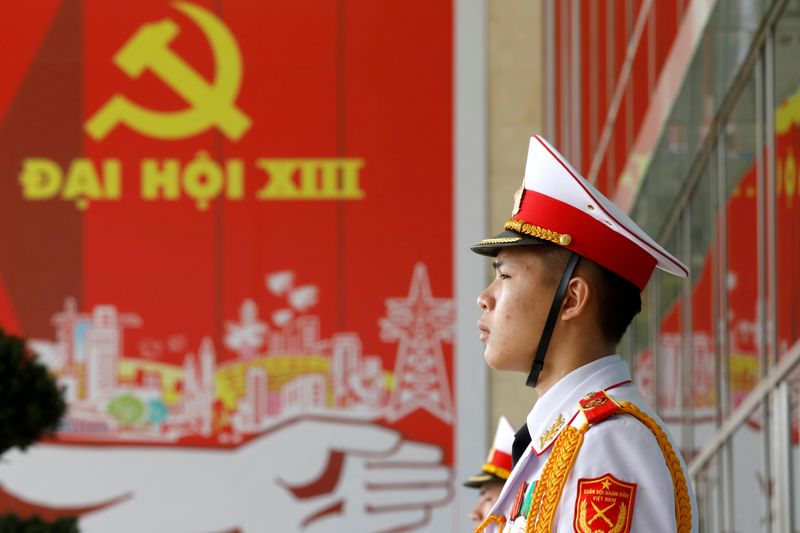 FILE PHOTO: A Vietnamese soldier stands guard at the National Convention Center, the venue for the 13th national congress of the Communist Party of Vietnam, in Hanoi, Vietnam January 27, 2021. REUTERS/Kham/File Photo

HANOI (Reuters) - Vietnam's ruling Communist Party said it would cut short a key five-yearly congress on Saturday amid a new COVID-19 outbreak in several northern provinces that was detected earlier this week.

The congress will end on Monday, a day earlier than previously scheduled, state media reported. The reports did not say why the congress would end early.