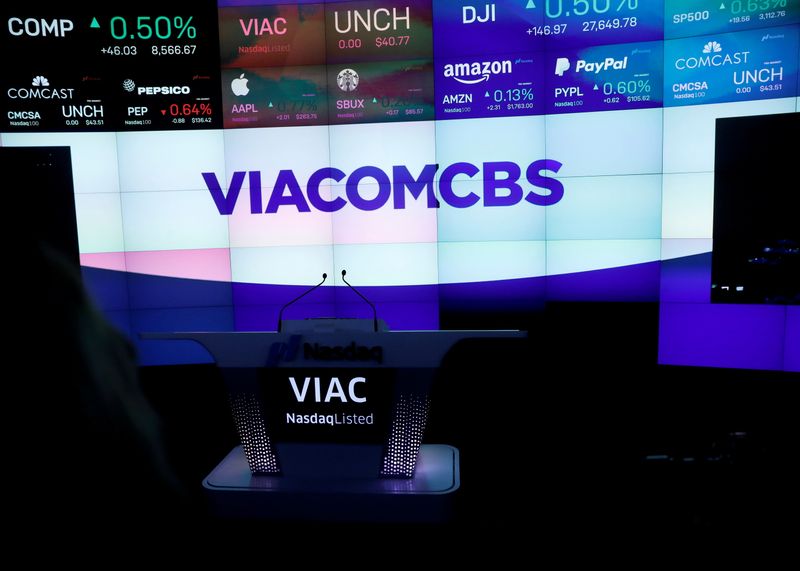 FILE PHOTO: The ViacomCBS logo is displayed at the Nasdaq MarketSite to celebrate the company's merger, in New York, U.S., December 5, 2019. REUTERS/Brendan McDermid

(Reuters) - ViacomCBS Inc said on Thursday it will acquire a majority stake in Spanish language broadcasters Fox TeleColombia and Estudios TeleMexico from Walt Disney Co, to boost its streaming audience in Latin America.

As part of the deal, the company said it will gain access to Fox TeleColombia and Estudios TeleMexico's studio operations in both Colombia and Mexico, and hours of library content including premium series, telenovelas, films, documentaries, unscripted shows, and live sports.

The company has earlier said it sees Latin America as one of its fastest growing markets.

Streaming platforms, which witnessed a boom during the COVID-19 pandemic are increasingly investing in content and international expansion as the U.S market saturates and competition intensifies.