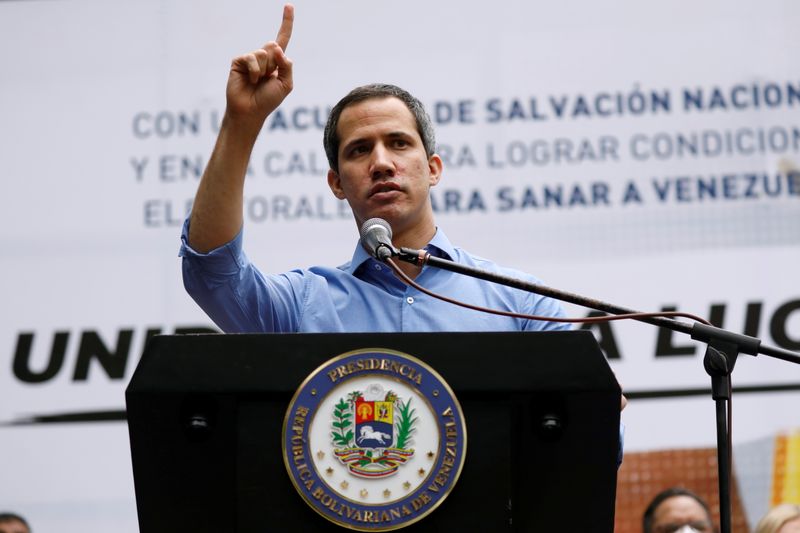 CARACAS (Reuters) - Venezuela's opposition agreed on Tuesday to create a five-member commission to investigate the situation at fertilizer producer Monomeros, which is being overseen by Colombian regulators, and then restructure the company.

Colombia's Superintendency of Companies, which performs inspection and oversight duties of businesses, said in September it would oversee the operations of Monomeros, a subsidiary of a unit owned by Venezuela's state-owned oil company PDVSA.

The former chair of the board of the company then resigned, saying Venezuelan President Nicolas Maduro's demand for control of Monomeros further upset the company's finances and contributed to the regulator's intervention.

The commission, appointed by the opposition-controlled National Assembly, is authorized to travel to Colombia to investigate what caused the company's financial woes, said opposition leader Juan Guaido.

"This deal should lead to immediate action to protect the asset," said Guaido during a video meeting of the assembly. "We can't avoid one or two bad apples, but it is possible to take action, denounce and make a clear distinction about what has destroyed this country."

The board in control of the company was appointed by Guaido in 2019, when Colombia, the United States and dozens of others recognized him as Venezuela's rightful leader, labeling Maduro a dictator who rigged his 2018 re-election.

Maduro, asserting the election was fair, remains in office despite U.S. sanctions and diplomatic pressure while international mediators facilitate negotiations to end the political crisis.

Maduro has said he will use the negotiations to demand that Monomeros and U.S. refiner Citgo Petroleum Corp, also controlled by the opposition, be put under his government's control.

The commission will have 10 days to conduct its investigation, opposition lawmaker Juan Pablo Guanipa said during the session.

The assembly is expected to shortly name a new director for Monomeros.